Those who love to hate the US President should be aware of the deep rooted economic and social anxieties of his supporters. 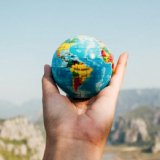 It’s far too easy to dislike Donald Trump. Too tempting. I’ve met people who clearly hate him. They don’t know why they hate him, they just believe it’s the right thing to do. In fact, few people really look any deeper than that. But we need to remember that the leader of the free world was voted into power by the people. He didn’t take control by force.

Most of what we hear from the US President comes in the form of soundbites and tweets. Trump knows this and he uses it to his advantage.

Like all good politicians and salesmen, Trump plays up to his fans. His speeches and much of his actions so far are in line with what those who back him are looking for. Which is similarly why he enrages his detractors so much. So if we are to pause for a minute and educate ourselves a bit on why Trump does the things he does, we need to look at his supporters.

At a Magellan roadshow in Sydney this week, financial advisers were offered a unique insight into Trump’s America from former CIA boss Michael Morell, a man who has rubbed shoulders with US presidents from both sides of politics. He briefed President Bush during the September 11 terrorist attacks and personally informed President Obama when the CIA found Bin Laden.

Mr Morell says there are two very important dynamics to Trump’s supporters that we need to understand if we are to form a view on what the US President is doing and what he is likely to do going forward.

One is deep economic anxiety felt by a significant number of Americans: “A sense that your life is not going to get any better and more importantly that your children’s economic lives are not going to be any better than yours,” he said. “The destruction of the American dream.”

“Many of these people used to vote democratic. Many of them voted for Barrack Obama twice and felt that Obama did not deliver and did not make their life any better. So they turned to Trump.”

Those who voted for Trump don’t blame what really got them into the situation they are in: automation. Instead, they hold deep resentments towards trade and immigration, using these things to explain their economic condition.

The fundamental issue, according to Mr Morell, speaks to a greater problem with acceptance. It was once possible to be an unskilled worker in America and be in the middle class. This is no longer the case. And those who are pissed off about it vote for Trump.

“It is no longer possible to be unskilled and be in the middle class,” Mr Morell said. “The modern economic world has left you behind if you are unskilled.”

However, the second dynamic driving Trump’s political base is a social anxiety, according to the former CIA head.

“It is a belief held by, working class, Christian-Americans – which make up 33 per cent of the adult population; a belief on their part and a fear that the far-left, the rise of women, the growing proportion of minorities in our population, immigration and foreign countries pose an existential threat to their value and their culture.”

Economists and stock analysts across the globe have their own anxieties, mostly driven by the lack of precedence in Trump’s decision making. For example, his trade war with China.

“The Donald says ‘trade wars are good, and easy to win’. We doubt that, though the impact of a trade war is likely to be far more muted than much media reporting would suggest,” Mr Richardson said.

“Setting aside all the noise, the backdrop for Australia’s balance of payments isn’t that bad. There will be some pressure on the current account deficit in the next few years as commodity prices soften and interest rates lift here and around the world, but the impact isn’t expected to be all that dramatic.”

Whatever your views are on Donald Trump, his rise to power reflects a range significant problems faced by millions of people in the world's largest economy: namely, how they can overcome the economic and social anxieties that are dominating their lives. 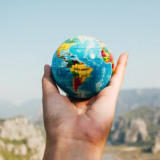