Open Banking is coming to Australia and it’s coming fast

Australia is now following Japan’s footsteps in regulating Open Banking, but with a different approach, which is likely to help it hit the ground running. 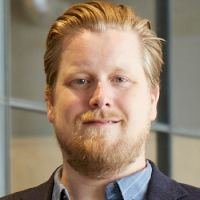 Open Banking is closer than you think. Banks and fintech companies in Australia are about to commence building their new APIs (application programming interfaces) for the start of the new regime. The first of July 2019 is the official date for everything to go live, but with the Data Standards Body due to release draft standards in a couple of months, Open Banking is, in practice, just around the corner.

Things are moving quickly now. Once standards are released, all market participants looking to go live from day one will have around six months to build their APIs and a couple more to test them. From then on ‘business as usual’ in financial services will be forever changed.

With Open Banking, bank customers – both individuals and small businesses – will have the right to instruct their data be shared with trusted third parties. This is a big shift from the way business is done today. Currently, most data holders provide minimal ability for customers to use their data outside of the data holder’s own service.

Not the first mover, but possibly the faster adopter

The first market in the Asia-Pacific region to begin Open Banking was Japan, the country where we launched Moneytree in 2013. Earlier this year Japan passed a law regulating companies already engaged in Open Banking-like businesses in a methodical way. The Japan regulator asked all market participants to agree on the technical standards for their APIs, and as a result, a template agreement was also developed to make it easier for data holders and data recipients to connect with each other.

Since then, API connections between different services have been growing at a fast pace and conversations around Open Banking are flowing. A shift in mindset from working in isolation to combining diverse capabilities has also occurred very quickly.

Australia is likely to move even faster than Japan. Prime Minister Scott Morrison has been very supportive of Open Banking since his time as Treasurer. This is because of the huge potential to improve customer experiences and outcomes in financial services. The government is also driving the establishment of the Consumer Data Right (CDR), which will cover the availability of data across several industries, starting with banking.

Even though ‘Open Banking’ is expected to be next year’s buzz phrase in Australia, the companies providing the next generation of financial services are about to hit the ground running.

Open Banking is coming to Australia and it’s coming fast 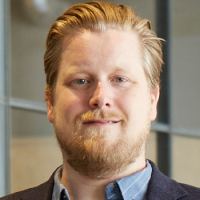