Is my fund manager doing a good job?

Fund managers play an important role in the provision of secure retirements for millions of Australians. 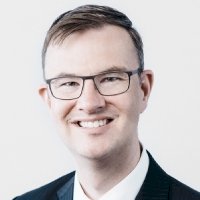 It remains very common for market benchmarks to be used to assess fund manager performance; for example, Australian equity managers may be assessed with reference to the S&P/ASX 200 Accumulation Index – the more they outperform, the better they are perceived to be.

When it comes to the fixed income asset class, however, this approach is problematic.

There are a number of reasons why a benchmark-relative approach to fixed income is sub-optimal. Fund managers who follow fixed income benchmarks are often compelled to invest greater amounts of money in the bonds of issuers with large amounts of debt already outstanding, at a time of the issuer’s choosing (because benchmark inclusion happens shortly after a new bond issue). They are compelled to take significant interest rate risk, at a time when interest rates are historically low, eschewing more attractive risk-adjusted expected returns elsewhere. They also suffer a meaningful opportunity cost as indices have become dominated by large bond issuers like governments and do not respresent the very large investable universe. Right now, this opportunity cost equates to an actual cost as well, because yields on government bonds in some nations are negative!

At a more basic level, what services should a fixed income fund manager be providing for their clients? A benchmark-focused manager aims to outperform the benchmark; is this sufficient? For many, a return that is less negative than the return on the benchmark is still a poor outcome. We at Daintree believe that the strong growth of absolute return fixed income funds over time shows this mismatch between fund manager incentives and investor expectations remains an issue among the end users of fixed income.

Broadly, there are two courses of action investors might take as a result. The first is to change the nature of the benchmark.

A number of index providers have proposed a ‘smart beta’ approach, involving an alteration to the weighting methodology used to construct indices.

In fixed income, one such change might be to weight bonds in an index according to metrics that impact issuers’ ability to repay debt. For example, a corporate bond benchmark may be constructed with larger weights to companies with better cash flow generation.

Such a benchmark would go some way to alleviating the issue mentioned above, whereby traditional benchmarks shepherd investors toward companies that have a large amount of bonds on issue. But such an approach does nothing to address any of the other issues we highlighted. For example, the broad fixed income investment universe will still not be well-represented, and exposure to important factors such as to interest rates may not be aligned to investor preferences.

This is why we believe that the best way to manage a fixed income portfolio is to remove benchmarks from the discussion entirely.

An investment in fixed income can be constructed in a very risk aware way without the somewhat arbitrary restrictions that a benchmark introduces. For example, a benchmark may lead an investor to certain biases (intended or unintended) in terms of interest rate exposure, sectoral exposure and the like.

If an investor does intend to bias a portfolio in a particular way, the manager can be directed to invest with the appropriate bias in mind – a benchmark index does not need to be in place to facilitate this. For example, duration exposure could be tightly controlled without the need for a traditional benchmark to play that role in portfolio construction.

The whole pitch to investors is therefore changed. Instead of outperforming a benchmark with minimal tracking error, success is defined as delivering the targeted return in the context of specifically targeted risk exposures that are tailored to bond investors, not to an index provider’s rules that may instead advantage bond issuers. The trade-off is that the manager has full access to global fixed income markets in order to construct portfolios that fulfil these goals.

This is what absolute return fixed income managers like Daintree seek to achieve. Truly active management should mean that managers are not beholden to arbitrary benchmarks.

Justin Tyler is director and portfolio manager at Daintree Capital.

Is my fund manager doing a good job?