Profit is not the enemy in our war with the banks

Redemption will be a long, hard road for the heads of Australia’s major banks, particularly when our thirst for their blood is so strong. 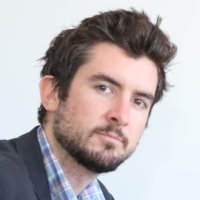 Watching the parliamentary inquiry into the major banks is always frustrating. Some MPs on the committee are well informed and ask great questions. These are the ones to look out for. But the majority of MPs don’t know their arse from their elbow and their questions reflect as much.

Unfortunately, much of the parliamentary minutes are whittled away in an almost comical discourse in which the bankers try to explain, as one might to a small child, why businesses need to make money. At times the inquiry collapses into a basic lesson in economics and commerce.

Westpac CEO Brian Hartzer appeared before the inquiry on Thursday (11 October), where one member asked him if he thinks the government was correct to allow the group to buy St George Bank during the GFC.

Hartzer’s response was swift and simple: “St George would have failed if Westpac didn’t buy it.”

The length of pause and its ensuing silence following this short remark stunned the committee. Harold Pinter would’ve been impressed.

The MP who asked the question attempted to bumble through a follow-up one: “Are you saying that the capital position of – ”

He was cut-off by Hartzer: “They would have failed,” he repeated. Pause.

The CEO clearly didn’t fly down to Canberra to mess about. In previous inquiries he has expressed his frustration at having to take time out of his week for this sort of madness.

Admittedly, however, the CEOs of CBA, Westpac and ANZ have all admitted they were wrong to try and fend off the royal commission.

On Friday, one member of the committee attempted to challenge ANZ boss Shayne Elliott about how much money the banks were making. The MP said: “The banks have been able to increase their profitability at a time when they are operating below community standards”.

However, Mr Elliott explained that ANZ’s profitability over the period has actually gone down, not up – dramatically so.

“Our return on equity has fallen from 17 or 18 per cent to 11 per cent. We have been punished. ANZ’s profitability is dramatically lower than it was three years ago, five years ago and ten years ago. Dramatically,” he said.

“You put it to me that the banks have been increasing their profitability during that period. When you look at the profitability, the return we get on our shareholders’ money is actually dramatically lower.

“We earn less for every dollar we deploy than at any time in the last twenty or thirty years.”

The committee clearly has an issue with banks making money. Which is understandable in light of the widespread misconduct that has been revealed by the Hayne royal commission.

But I agree with a lot of the things that the bank CEOs have said so far. They have nowhere left to hide after Hayne. They appear willing to accept their shortcomings and make restitution to those that have been harmed.

In the words of the late great Sam Cooke: A change is gonna come. Provided we stop picking at old wounds and let them heal.

Profit is not the enemy in our war with the banks 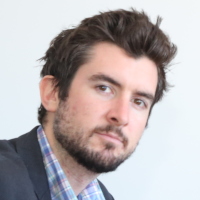