What stocks outside of Australia should local investors consider? 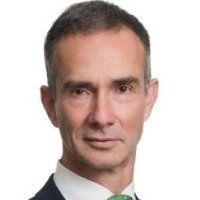 In June this year, General Electric was removed from the Dow Jones Industrial Average Index after 120 years of continuous membership. It was the last remaining member of the twelve original constituents of the Dow and this symbolic blow crowned the end to an underwhelming two years for GE, over which period the shares have lost more than sixty per cent of their value.

Given such a significant decline in its share price, is GE now a ‘buy’?

What has been lost in the current share price malaise is the strength of some of the businesses inside the conglomerate, notably aviation and healthcare, which are the assets in which the bulk of the value lies. These are businesses in structurally growing industries with high barriers to entry – the kind of businesses we look for at Antipodes – and it’s rare to find such assets trading at such low valuations compared to peers.

GE management is breaking up the company and slimming down to a portfolio centred on GE Aviation, the jewel in GE’s crown and the world’s leading developer of the design and maintenance of commercial and military aircraft engines.

GE’s jet engine business powers, either directly or through the CFM joint venture, seventy per cent of the world’s operating fleet of narrow body planes and nearly fifty per cent of the world’s fleet of wide body planes with a stable market share. GE’s scale represents a significant advantage in manufacturing cost and breadth of customer offering.

The commercial aviation industry is growing at approximately 1.5 times underlying economic expansion. Increasing affluence, rising propensity to travel and the declining cost of aviation are all significant contributors to this ‘excess’ growth.

The improved efficiency of engines has arguably done more to lower the cost of air travel than any other single item. Given jet fuel is the largest single cost for airlines, the returns on efficiency-driving innovation remain high. This innovation creates a natural upgrade cycle as airlines seek to remain competitive on fuel efficiency, a dynamic which only intensifies in high oil price environments.

Engine makers extract the majority of their returns as engines are overhauled and have parts replaced through their operating life, which can be more than 30 years. The majority of GE engines have an associated service agreement which gives them a contractual lock over the sale of future spare parts.

Put simply, each engine delivered today has significant earnings and net present value associated with it, neither of which are adequately reflected in GE’s current financial performance.

GE management’s actions to restructure and sell off other parts of the business will reduce the debt burden to a more sustainable level.

At the end of the process, GE will comprise three divisions compared to the current seven – that is, aviation, power and renewables.

Management will also cut corporate costs and further reduce the size of GE Capital. At some point in this process, GE shareholders will likely become shareholders of both the transport and healthcare businesses, exposures we would be keen to take on.

GE has also undergone a change in management with Larry Culp, the highly respected former CEO of Danaher, succeeding John Flannery as Chairman and CEO. Mr Culp is the first outsider to lead GE and we view his appointment positively. We believe that Mr Culp will pursue the strategy laid out by his predecessor, albeit with a greater focus on the operational excellence which was a hallmark of his time at Danaher.

In a market that is prepared to pay a very high valuation multiple for structural growth, our investment in GE represents a remarkably cheap way of gaining such an exposure.

For Antipodes, this represents a potential style tailwind that should accelerate a re-rating of the company.

We believe in both the plan and the management team and see the shares as significantly undervalued at current levels.

What stocks outside of Australia should local investors consider? 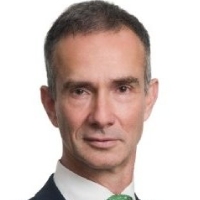