The digital age has ushered in a second industrial revolution, with many companies facing obsolescence as rivals compete their businesses away. For investors, the challenge is to identify those companies that will not just survive, but thrive over the long-term and continue to deliver returns.

For companies, the key is to adapt their business models to the digital age.

However the business world has never seen disruption at this pace and breadth before. Although there have been other highly disruptive general purpose technologies - for example, the steam engine from 1781 and electricity a century later - their progress was linear rather than exponential.

As an example of pace and breadth of the disruptive impact from the Digital Age, in 2006, the US’ 2,400 newspapers generated almost $50 billion of advertising revenues. However, within a decade these revenues had declined by 70 per cent and are expected to continue to decline by 15 per cent annually over the next five years.

On the other hand, internet ad revenues have been growing by 20 per cent annually, with platforms such as Google and Facebook being the big winners with their digital ad revenues up tenfold since 2001.

Witness too, the dramatic transformation in other industries such as film, music, telecommunications, retail, transportation, and accommodation with the introduction of digital platforms into their areas of operation.

Moreover, the pace of technological change continues to accelerate, suggesting we are nowhere near the late stages of this transformation.

Indeed, digital platforms such as Instagram or Netflix are arguably the best business models ever created, benefiting from low marginal costs, with their distinctive asset-light nature and powerful network effects. Winner-takes-all dynamics have resulted in neo-monopoly profits for dominant firms and increased concentration in most sectors.

When it comes to stock selection, understanding how companies will adapt their business models in this environment is central to assessing their ability to produce free cash flow on a sustainable basis. Capital allocation processes will also be influenced, as capital-light business models combined with higher profits as a percentage of GDP will allow many companies to increase dividends and buybacks, keeping overall payout ratios high relative to historical norms.

Companies that possess superior management with competent capital allocation policies are the most probable winners. These attributes are likely to be more important going forward, as management is tasked with creating value by marshalling talent and technologies during a period of unprecedented innovation and disruption.

As the economy shifts, shareholder yield from diverse sources such as dividends, share buybacks and debt reduction is likely to increase as technology replaces the use of labour and physical assets.

As for the outlook for a strategy focused on global equity shareholder yield in the current market, with most market observers expecting interest rates to creep higher, it would provide a headwind for valuation multiples.

Importantly, the returns from a shareholder yield based strategy do not rely on changes in multiples. The strategy is focused on achieving the majority of its return through distributions to shareholders. This “short duration” approach should help mitigate that headwind.

If interest rates rise gradually as a reflection of a stronger macroeconomic backdrop, with synchronised growth across geographic regions, that should imply rising revenues and cash flows.

For a strategy that seeks companies with growing free cash flow and an improving ability to pay dividends, buy back shares and reduce debt, this should be a positive environment.

And those companies that can consistently generate free cash flow and allocate it competently will provide investors with the best returns in this new environment.

The digital age has ushered in a second industrial revolution, with many companies facing obsolescence as rivals compete their businesses away. 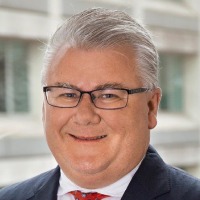