Economic theory expects that in the short term, low interest rates are supposed to be stimulatory and induce inflation. 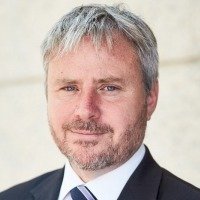 The Japanese economy, however, has confounded investors and economists over the past 30 years – with record levels of government debt, sustained low interest rates and quantitative easing yet to stir any meaningful inflation response. So what’s going on?

The below chart traces the long-term path of official Bank of Japan interest rates and private Japanese return on capital (measured by operating profits before interest divided by total firm assets), and the similar trend is obvious to see. We believe a closer look at the effect of interest rates on return on capital highlights some significant lessons for the global economy.

Major investment decisions are often made at the board level of a company – and having had access to many boards over many years, in my experience these decisions are very carefully considered.

One of the big drivers of investment decisions is the expected return on capital, and whether such a return exceeds internal benchmarks. As interest rates fall and remain low, over time these internal benchmarks change. In line with this, the firm’s weighted cost of capital (inclusive of the cost of debt) falls over time – and marginal projects or initiatives are approved. This results in a lower return on capital.

We have seen this dynamic in real estate over the past 25 years. Back in the mid-1990s, new developments in Office or Industrial property would require 8-12 per cent initial yields. Today in Australia sub 7 per cent is becoming the norm. Looking overseas, the drop in yield expectation is even more pronounced. We know of real estate companies in jurisdictions such as Switzerland, for instance – where interest rates remain negative – that accept sub 3 per cent returns.

Interestingly, the result of a lower return on a fixed capital investment is that the ‘rent’ needs to justify new development falls in real terms (return on asset = rent / investment). Indeed, the data from the UK property market below supports the idea that low interest rates have the long-term effect of ‘deflating’ rents.

The effect on inflation

In economics we are taught that there are generally three factors of production – land, capital and labour. Over time we tend to focus on the idea that low returns on labour (wages) are often associated with low inflation – yet the exact same dynamic plays out with capital. Lower accepted returns on capital are also deflationary. It just takes a long-term perspective to see the impact.

While demographic challenges do place Japan in a unique bucket compared to most developed economies, it provides a useful example in suggesting that low investment hurdle rates have resulted in an acceptable lower return on capital over time. This, then, not only yields poor results for owners of capital, but has the paradox effect of lowering consumer prices – resulting in a lower inflationary environment. 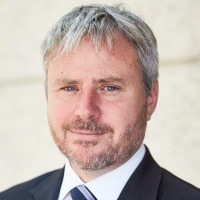