Is Australia heading for a credit crunch?

Following the global financial crisis, the US Federal Reserve has effectively been exporting extraordinarily loose monetary policy to markets across the world. As a result, one of the unintended consequences has been a growing number of asset bubbles around the world, especially in countries where central banks have been forced to run looser monetary policy than they might have wished. Nowhere is this more apparent than in Australia, where the Reserve Bank of Australia (RBA) has arguably kept monetary policy looser than domestic economic conditions warranted to try to cap the Australian dollar’s value. The resulting loose monetary has fuelled an unsustainable boom in house prices, with strong demand from Chinese investors having further inflated the market.

Given the magnitude of price increases – in Sydney, for example, prices have risen 80 per cent in the past five years – Australia’s housing market has for some time appeared a prime candidate for a sizeable correction. Until now, the prevailing wisdom has been that such a downturn was unlikely without significantly higher interest rates or rising unemployment.

However, in recent months a new threat has emerged. The government in February set up a royal commission to investigate alleged misconduct in the financial services industry. Having examined potential breaches of responsible lending laws in relation to the sale of home loans, it appears to be taking a more rigorous view of banks’ lending practices.

With allegations of fraudulent activity having led some politicians to clamour for more draconian action – the now Australian Prime Minister Scott Morrison warned financial sector executives responsible for breaches of corporate law that they could face jail – banks have begun to tighten lending criteria. Notably, in screening mortgage requests they are undertaking greater due diligence to verify applicants’ income and living expenses to assess their ability to service and repay their loans.

With a material tightening of the availability of credit now underway, suddenly there are plausible grounds for concern Australia could be heading for trouble. That could have serious consequences for house prices, the country’s economy, and ironically the banks themselves.

The dangers posed to banks are all the more acute given mortgages account for somewhere between 60–65 per cent of their assets, which is high by international comparisons. Furthermore, much of this housing collateral is sitting on banks’ balance sheets at inflated valuations, adding to their vulnerability to a housing downturn.

At the same time, Australian households’ finances have begun to look increasingly stretched. The ratio of total household debt to income is now high by international standards. According to a recent report from the RBA, it has risen by almost 30 percentage points to close to 190 per cent over the past five years, after being broadly unchanged for close to a decade. At the time of writing, three of the four major Australian banks had announced increases to their variable mortgage rates despite benchmark lending rates having been held unchanged. With Australian wage growth remaining stagnant , this is likely to lead to Australian household’s further tightening their purse strings.

Household incomes set to be squeezed

Worryingly, many mortgages are on interest-only terms, but are set to revert to capital repayment mortgages in the coming years. According to a recent research note, UBS analysts believe Australian banks wrote around A$650 billion in interest-only mortgages over the past five years, representing around 40 per cent of total mortgage lending. With the Australian Prudential Regulation Authority (APRA) having placed a 30 per cent cap on such mortgages, they estimate around A$120 billion of these mortgages will revert to capital repayment loans each year until 2021 .

The UBS analysts estimate repayments on these mortgages will increase by between 30 and 50 per cent, leading to a material squeeze on incomes and forcing many into selling their homes.

In 2017 APRA conducted a stress test of the country’s 13 largest lenders. It found in aggregate, the common equity tier 1 ratio of the industry fell from around 10.5 per cent to a little over 7 per cent by year three, and under a worst-case scenario to just below 6 per cent.

The regulator has simultaneously been looking to strengthen banks’ ability to withstand a housing downturn by changing the risk-weightings on mortgages and introducing other ‘macroprudential’ measures to limit riskier types of lending. For example, it is looking to tighten lending in Sydney, Melbourne and Perth by encouraging banks to stop lending to developers of high-rise properties – a segment of the market that is suffering from high vacancy rates and has been left badly exposed by the nascent downturn.

The chart below shows that according to UBS, Sydney ranks among the most expensive real estate markets in the world.

It remains to be seen to what extent the steps the regulator has taken will help limit the scale of losses made by banks in the event of a more severe property market downturn. The dilemma it is facing is that by tightening lending standards it runs the risk of causing property prices to fall further, intensifying the problems faced by the banks.

Some of the problems facing Australia are eerily reminiscent of the events seen in the US and western Europe in 2008. While Australian banks may yet avoid the catastrophe that befell financial institutions in the US and Europe, at the very least their profits appear vulnerable and their debt at risk of downgrades, especially given their reliance on wholesale markets for funding.

Given these concerns, we believe the Reserve Bank of Australia will struggle to raise interest rates as fast as many other central banks. For some time now, we have been ‘short’ the Australian dollar, and bank debt via credit default swaps, and ‘long’ short-dated government bonds. Given the danger the royal commission will continue to generate adverse headlines for Australia’s banks, and given the bearish outlook for the country’s property market, we have in recent months increased the size of each of these positions.

Is Australia heading for a credit crunch?

Following the global financial crisis, the US Federal Reserve has effectively been exporting extraordinarily loose monetary policy to markets across the world. As a result, one of the unintended consequences has been a growing number of asset bubbles around the world, especially in countries where central banks have been forced to run looser monetary policy than they might have wished. 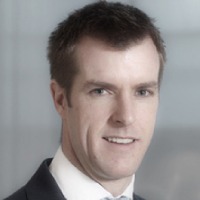