Results were broadly encouraging across the universe of stocks that we cover as 18 per cent beat expectations and 16.5 per cent fell short, with the balance (65.5 per cent) in line, yet the themes emerging in the market, as outlined below, combined with regulatory and macroeconomic events seemed to sway markets expectations post-result release. 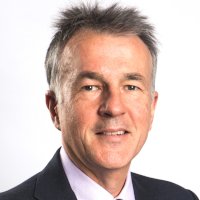 A quiet index belies a wild ride for stocks

As has been the growing trend in reporting seasons, the somewhat benign performance of the S&P/ASX 200 Accumulation Index overshadowed the dispersion of individual stock returns. An emerging trend of market participants taking a “shoot first, ask questions later” approach to result announcements has again driven wild swings in stock prices.

Returns over reporting season were influenced by a number of significant events, including the change of Prime Minister, regulatory change and the royal commission into banking, increased global trade tensions and an out-of-cycle rate hike by Westpac bank.

Below are key themes we believe are worth paying particular attention to.

Deal announcements were a prominent feature, with Transurban announcing a $4.8 billion capital raising, having won the tender on WestConnex.

From a M&A perspective, Amcor announced plans to buy US rival, Bemis. The merger of TPG and Vodafone and Bingo Industries’ purchase of Dial-a-Dump were also significant announcements during the period. Meanwhile, in a bid to reduce gearing, Harvey Norman Holdings announced an entitlement offer with expectation to raise approximately $164 million (before costs).

Tightening credit and the wealth effect

The full effect of banks raising lending standards is yet to be felt by the market, yet the repercussions are already being felt across multiple market sectors. Mortgage Choice and AFG have both noted slowing approvals at the end of the financial year. Harvey Norman noted a slow start to FY19 with the increased competition experienced in H2 FY18 likely to persist. Sales to-date in Q1 FY19 have been weak, falling 1.1 per cent on a like-for-like (LFL) basis. JB Hi-Fi saw deterioration in the Good Guy’s gross margins in H2 FY18 as a result of industry discounting, while JB Hi-Fi’s July LFL sales growth of 0.3 of a percentage point implied slowing growth on the 4.6 per cent LFL Q4 FY18 sales (that were aided by the world cup).

REITs with residential operations have seen longer sales cycles resulting in slower presales growth heading into FY19. Stockland guided to FY19 residential volumes of approximately 6,000, down 6 per cent on FY18, with management commenting that they have had to reduce the size of land parcels to suit affordability. Mirvac guided to approximately 2,500 settlements in FY19, representing a 26 per cent decline on the 3,400 achieved in FY18. Meanwhile, Lendlease mull delaying commencements while looking for clarity on the market’s direction.

During reporting season Westpac raised its standard variable interest rate by 14 basis points, placing further downward pressure on borrowers. This move has subsequently been followed by Suncorp and Bank of Queensland.

Input cost pressures are beginning to rise in a number of industries and geographies. For businesses operating in North America, which is experiencing cyclical low unemployment, demonstrating pricing power will be critical in maintaining margins. James Hardie Industries noted that while US housing activity is improving input costs remain volatile. We suspect that other businesses with North American operations such as Reliance Worldwide will have to demonstrate the ability to offset rising commodity price inputs, such as copper, in its pricing.

Australian resources companies results indicated that whilst currently contained, input cost pressures are beginning to mount as the industry begins an expansion into a capital based that has been whittled down during an extended period of capital restraint. BHP guided to Escondida costs of <$1.15/lb and iron ore at <$14/t are steady on FY18 with capex and exploration guidance unchanged from <$8 billion in each of FY2019–20.

A number of industries, mining and steel included, are approaching periods of capital investment to sustain current returns and drive investment into the future. The expectations of investors that have become used to capital management in a period conducive to the return of surplus cash must now be balanced with investment for returns. While increasing productivity is the natural solution, BHP’s lowering of its productivity target to $1 billion from $2 billion is indicative of the gains already made on this front.

Bluescope Steel announced they would be studying the investment case on the expansion of their North Star mill. The cost involved would be in the order of US$500 million–$700 million over 2–3 years. The announcement was given a lukewarm reception despite the company’s intention to continue capital management initiatives alongside the construction of the project. The company is looking for a 15 per cent through the cycle ROIC as a preliminary hurdle requirement.

As rising net migration continues to add to infrastructure requirements as our population grows, infrastructure demand will continue. Beyond the well-publicised expected pipeline of work, the most notable feedback from our preferred exposures, Downer EDI and CIMIC Group, has been a more collaborative approach from governments in determining risk exposures in contracts in order to engage the top contractors. We see this as a good opportunity for quality infrastructure companies to build and maintain a long-term exposure to a multiyear secular trend.

The insurance industry is cyclical and reporting season confirmed that the hardening cycle, characterised by premium rate increases, business line rationalisation and underwriting discipline, is underway. QBE Insurance, delivered a solid result, characterised by premium growth averaging 5 per cent across all regions of operation, alongside solid customer retention rates. The company remains on track to achieve combined operating ratio guidance of 95.0 per cent – 97.0 per cent.

Much work has been done over the last couple of years in identifying and reducing the prevalence of operations, such as arthroscopes for hips and knees, that are not supported by empirical evidence. The significant reduction in procedures, combined with lower affordability, has placed downward pressure on hospital operators such as Primary Healthcare, Ramsay and Healthscope. Health insurers have benefited from the environment with NIB reporting benign underlying claims experience growth of 4 per cent and Medibank reporting utilisation estimate down to 1.1 per cent in FY18 from 3.6 per cent in FY17.

Technology: Performing to justify their valuations

Technology companies generally reported strong results, as valuations require them to do so. Wisetech, Afterpay, Bravura were such examples. Successful digital businesses continue to see top line growth in Australia as revenues migrate from traditional platforms to online, with positive revenue growth at Tabcorp of 15.6 per cent, Seek 16 per cent, Carsales.com 10 per cent, Realestate.com 17 per cent and Domain Group Holdings 20.2 per cent, plus ongoing digital growth in oOh!media. As mentioned above, in many cases we see growth as already priced in.

As market noise and subsequently volatility increase, it becomes more imperative to remain true to your investment discipline. Adopting a thorough understanding of the fundamental drivers of a business, including its prospects for growth and ROIC, is the only way to compare the market price of a company to its true valuation. 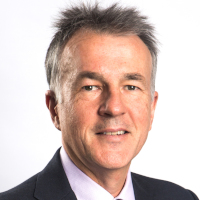