Hubris and nemesis: Insights into the financial crisis

Ten years ago, the demise of Lehman Brothers marked the height of the financial crisis. At the time, I was an economist at one of the UK’s largest financial institutions. Working there gave me abundant insights into the psychological biases at play, both in that institution and in the companies that it supported. 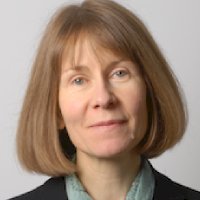 Many of these companies were relatively young and entrepreneurial. As the credit crisis unfolded, and some of these businesses inevitably ran into trouble, their management could always come up with reasons why they would be OK. That optimism bias in business-creators is often positive; they need to have a substantial appetite for risk. And many of those businesses did survive – because they had successful products or services, and because they hadn’t taken on excessive debt.

Some of them went under, though, and some of that optimism was simply hubris: the excessive self-confidence that provokes the wrath of the gods in Greek tragedy. But the hubris at the big financial institutions went beyond what we saw with even our boldest clients. Although few of us can claim to have seen the crisis coming, many of us felt uneasy at the excesses on display in the run-up to the crash.

The ostentatiousness of corporate charity events was an obvious omen. These auctions for good causes took place in lavish surroundings and after extravagant dinners, the funding for which could have been put to much better use by the charities concerned. Executives and their spouses would bid huge sums for ‘experiences’, paintings and – on one memorable occasion – a pop star’s signed underwear.

Our own management conference at the end of 2006 epitomised the extravagance, with presentations by brash corporate bosses in a European capital. So many people were flown in from as far afield as Australia that it caused complete gridlock in the city.

A year on, as short-term bank funding dried up, the atmosphere changed. The 2007 conference was held in London. The themes included ‘teamwork in changing circumstances’ and ‘finding our way through’. Management clearly believed that we would find our way through. As it turned out, we didn’t.

Another feature of the time was the rabid competition between Scottish financial institutions. These were purportedly global businesses, or at least had global ambitions. Yet their managements were obsessed with how their local rivals were doing – because these were the people with whom they shared streets, schools and golf clubs. The same was true in Ireland.

So you got these geographical concentrations of ultra-competitive, risk-taking behaviour and extreme reluctance to miss out on anything competitors were doing. There was clearly an addictive element, with positive media coverage of audacious dealmaking only exacerbating the pattern. That created a spiral of excessive competition and excessive optimism. And when things turned sour, this risk-loving behaviour degenerated into paranoia and defensiveness.

As the crisis deepened, institutions like the one I worked in came under pressure in both the market and the media. With everyone constantly watching the share price, a ‘them and us’ culture quickly emerged. Company loyalty was clearly a source of temporary psychological strength.

Colleagues constantly complained about short selling – the practice of trying to make money from falls in a company’s share price. Short sellers can distort and exploit market perceptions, but they can also be a symptom of deeper-seated problems.

Yet rather than worrying that their jobs might be at risk, most colleagues simply blamed the short sellers. Senior management also confused symptoms with causes, blaming the institution’s liquidity problem – access to short-term funds – rather than the potential solvency crisis that underlay it.

Meanwhile, management blocked some popular financial commentators’ blogs on the company internet. But they could still be accessed on our Blackberries, and management updates still referred to them. The optimism bias had descended into farce.

A couple of days after Lehman Brothers’ collapse, we knew it was just a matter of time for us. Our share price was falling heavily. That week, I ordered a winter coat online. Between my placing the order and paying, the share price had fallen another 10 per cent.

On the last morning, I went into the office to file my expenses. I’d taken to doing that more regularly since the crisis began – and I’d also started checking that my salary was arriving in my bank account. But by the time I’d made the half-hour walk in, the share price was suspended. And that was that.

As in Greek tragedy, hubris was followed by nemesis – and a centuries-old institution was brought low by the excesses of a few wild years. As the memory of the sheer panic of 2008 begins to fade, we should be mindful that we remain just as susceptible to biases like these that can blind our judgement in the teeth of a crisis.

Lucy O’Carroll is the chief economist for Aberdeen Standard Investments.

Hubris and nemesis: Insights into the financial crisis