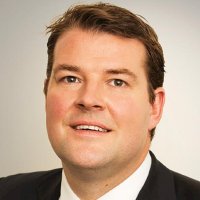 A prominent Swiss-based asset manager has frozen its A$15 billion unconstrained and absolute return strategy due to a flood of redemption requests, after its head portfolio manager had been suspended due to ‘failed risk management procedures and record keeping’.

In Australia, the firm has been actively raising funds, with some estimates topping $5 billion of local capital invested in the strategies.

This comment is not about schadenfreude (the pleasure derived by someone from another person’s misfortune), but about highlighting the hidden risks associated with strategies that are less transparent, overly sophisticated, or hold complex derivatives.

In the bond space, such absolute return fixed income strategies have been popular with investors in a post-crisis environment of low rates and lower expected returns.

In recent years, many fund managers have had to invest in less liquid assets or lower credit quality assets to drive the yields demanded by clients.

In seeking returns, some managers are compounding the risk profile of an allocation traditionally regarded as defensive by introducing significant additional illiquidity and credit risks in lower quality instruments.

This is just one case that highlights asset quality always matters.

Last month I wrote about how the financial dominoes are lined up, the signposts are clear, and now it is just a matter of sequencing towards the slowdown.

Rewind to 2007, the Bear Stearns problems came seemingly out of the blue.

The issues it raised (illiquidity in many credit-related products) started the process that eventually snowballed into the global financial crisis of 2008.

Add to that, equity darling Facebook’s large earnings miss (which has parallels with Intel’s earnings miss in 2000 – marking the top of the market), and seemingly investors are well on the road to an unpleasant destination.

I wonder whether the world will look back on these events as having been a stark warning sign.

The Bank of Japan surprised markets by changing the boundaries of its yield curve control policy.

In what may seem like a boring technical change that only fixed income managers should care about, this should be more meaningful to investors.

Low Japanese and European interest rates have been the global anchors that have forced countless global investors into other markets, in search of a better return.

In a similar analogy to the illiquid credit example above, if local Japanese and European rates rise due to a reversal of higher accommodative policy by the Bank of Japan or the European Central Bank, demand for US Treasuries and other fixed income markets including Australia, will likely fall.

This has the potential to raise the cost of borrowing, in addition to the higher borrowing costs already inflicted on markets by the US Federal Reserve’s current hiking cycle.

Housing slowdown is global as the cost of capital rises

It comes as no surprise that higher funding costs and tighter lending conditions are having a negative impact on Australian housing values.

Second round effects are now permeating into the economy: Australia just recorded its weakest annual car sales growth since 2011 – as the credit mechanism becomes impaired, smaller issues have a larger impact.

Similar events are playing out around the globe in other western economies.

Property values in both the UK and Canada have experienced volatility and decay since their Central Banks have raised interest rates, lifting the cost of capital.

Now the US housing market is also cooling rapidly (along with US auto sales).

Charlie Jamieson is a portfolio manager and the chief investment officer at Jamieson Coote Bonds. 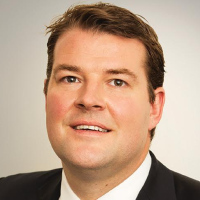