The June quarter was a strong period for the A-REIT sector, writes Phoenix Portfolios' Stuart Cartledge – and conditions look ripe for their performance to continue. 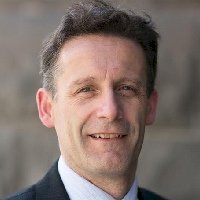 Over the full financial year, both indices are up just over 13 per cent, in line with the broader equity market.

Retail landlords have been particularly volatile over the last 12 months, given weak retail sales growth and compounding concerns regarding the threat from fast growing online penetration.

Arguably, both of these stocks might also have been well sort after following the successful conclusion of the Unibail-Rodamco-Westfield merger transaction that left many shareholders looking to re-invest a portion of their cash receipts.

The other two key stand-outs for the quarter were Charter Hall Group (CHC) up 16.6 per cent and Goodman Group (GMG) up 15.8 per cent.

Both companies have substantial funds management activities as part of their core businesses and both therefore benefit from the ongoing cap rate compression across commercial property and the flow through impact this has to both base management fees and in particular, performance fees.

During the quarter, GMG announced the establishment of the Goodman Brazil Logistics Partnership (“GBLP or the Partnership”) to invest in prime logistics and industrial assets in the key gateway cities of São Paulo and Rio de Janeiro.

As we approach the August full-year reporting season, further evidence of cap rate compression is also driving the sector higher. For example, Dexus Group (DXS) announced that it had revalued 99 of its 103 assets resulting in a 3 per cent increase on December’s book values and a 9.3 per cent increase over the 12-month period from June 2017.

Property has performed very well over the last five months as bond yields have stabilised and the conclusion of the Westfield transaction provided a short-term influx of capital into the sector.

Earnings certainty is another key driver that investors find appealing with property and early indications for the upcoming results continuing to be supportive in this regard.

We are cognisant of the structural changes occurring in the retail sector and the need for ongoing changes to the product provided by retail landlords. Retail represents over 50 per cent of property assets in the benchmark and this changing landscape is being carefully monitored.

The sector now offers investors a current-year distribution yield of around 4.9 per cent. In comparison to bond yields trading around 2.6 per cent, the yield premium of the sector now sits slightly above its long-term average of 1.9 per cent.

It is worth noting that this spread has closed somewhat due to the strong performance of property stocks, however, today’s distribution yield is more robust than historical yields because it is based on a more conservative payout policy that retains some earnings to support growth.

Over the medium term, A-REIT earnings streams are relatively secure given the contracted nature of rental income and long average lease terms.

Furthermore, financial leverage is low, with gearing across the sector of approximately 30 per cent (debt to total assets) making the sector a relatively low-risk investment choice.

Stuart Cartledge is the managing director of Phoenix Portfolios. 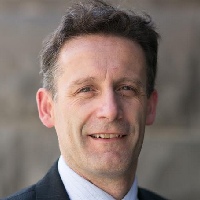