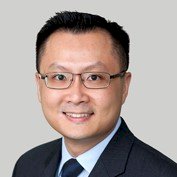 Investor focus is increasing on how to tap the economic superpower that is China. Despite being the world’s second-largest economy and having the third-largest bond market, exposure to China remains low in global portfolios.

As access to China’s capital markets improves and international investors gain more insight into its fixed income asset class, we believe that Chinese bonds will increasingly feature in their portfolios.

Over the past few years, we have seen an increase in holdings of onshore renminbi (CNY) bonds by foreigners, led by global reserve managers. By the end of the first quarter of 2018, foreigners held CNY 1.4 trillion of onshore CNY bonds, three times the amount that was held four years prior.

China’s bonds tend to be viewed as being emerging market assets in terms of access and operations.

Over various time horizons, the volatility of Chinese government bonds has been lower than most DM bonds.

Moreover, the volatility of the renminbi has been lower than most (if not all) DM currencies. Considering these factors, we would argue that allocations to Chinese fixed income should be considered as part of overall DM bond exposures.

The market is likely to benefit due to inflows following inclusion in the widely followed Bloomberg Barclays Global Aggregate Index from April 2019.

While this is conditional, it is telling that on inclusion, local currency Chinese bonds will be the fourth-largest currency component following the US dollar, euro and Japanese yen.

Indications are that China’s weight will be 5.5 per cent of this overall index.

If China were to be included in the FTSE (previous Citi) World Government Bond Index at similar weights, as well JP Morgan’s set of Emerging Markets Government Bond indices, its bond market would benefit from further inflows.

If investors merely tracked these three index families, some US$300 billion would be invested in Chinese bonds over time.

Aside from the sheer size and relevance of the market, we believe that investors will increasingly favour Chinese bonds because of their potential to significantly enhance overall portfolio risk-adjusted returns, given the yield and diversification benefits available.

The credit rating of China’s sovereign debt is strong, and stacks up well against global developed market peers.

Outside sovereign bonds, most Chinese corporates that have issued in the international dollar (‘kung fu’) bond market – which reference internationally accepted credit ratings by Moody’s, S&P and Fitch – are also of relatively high credit quality.

It is easy to generalise that Chinese real estate bonds characterise the Chinese bond opportunity set. The reality, however, is that Chinese dollar bonds are diversified across sectors and predominantly rated investment grade.

Invariably, investors are exposed to the Chinese currency when holding renminbi denominated bonds, whether onshore (CNY) or offshore (CNH).

We believe that the renminbi can maintain and enhance its value versus major currency peers over the years ahead.

Anchoring this view will be China’s ability to consistently run a trade surplus against major economies.

Low correlations to other assets

Allocating to Chinese fixed income could improve overall portfolio risk-adjusted returns because of the diversification benefits provided by Chinese bonds.

The returns of Chinese fixed income tend to be lowly correlated to other asset classes, because China’s interest rate movements are predominantly determined by domestic factors.

While these correlations may pick up as China integrates with the global capital markets, we believe they will be limited as China will increasingly become a maker of monetary policy and markets, rather than a taker of international prices.

Wilfred Wee is a portfolio manager at Investec Asset Management. 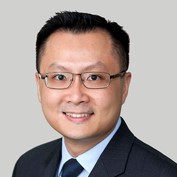