Where to from here for the banks?

With new taxes, inquiries and law suits piling up for the major banks, investors need to decide where their share prices are headed, writes AllianceBernstein’s Hamish FitzSimons.

It’s hard to think of a regulator or political body that isn’t having an issue with the major banks right now.

The price of bank shares may suffer as investors worry about the outcomes of these issues, and if fines, taxes, extra capital burdens and restrained pricing power help to reduce earnings per share. 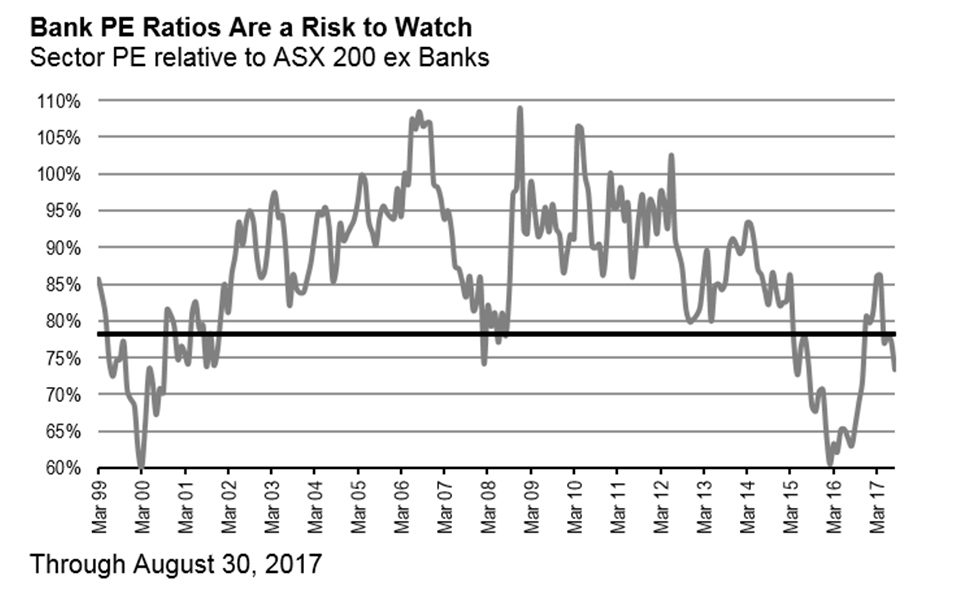 Politics is the banks' biggest risk

History tells us that periods of high regulatory, legal and political scrutiny in any sector tend to be those in which price-to-earnings ratios are under pressure, or at best constrained.

This pressure can ease when the threat passes, but the threats here appear to be of a more medium-term nature.

The biggest risk, in our view, is political. If further bank transgressions force the government’s hand, or if the Australian Labor Party should win the next federal election (due on or before 2 November 2019), there is every likelihood of a royal commission into the banks, with power to compel the production of documents and to procure testimony under oath.

Once a royal commission starts it is hard to know what it will find, or what the outcomes will be.

At the very least it is a huge distraction for management; at its worst it could result in a change to the entire industry structure.

Royal commission aside, any of the current investigations could have negative consequences, not just in terms of fines but also the amount of capital the banks will be required to hold.

APRA’s investigation into foreign-exchange trading at National Australia Bank in 2004 resulted in the bank having to hold more capital, which diluted returns.

Is a dividend cut coming?

The impact of the bank tax on earnings is quite small, perhaps 2-4 per cent.

While the banks could maintain or even grow their dividends in this environment by paying out a higher percentage of earnings, we think that there is a reasonable chance they will cut dividends slightly – from a yield of 5.7 per cent to 5.5 per cent.

If they don’t, the government could claim that the bank tax is “free money”, costing the banks and their shareholders nothing.

Many voters (through their super funds) own Australian bank shares, so a slight cut in dividend might be a way for the banks to remind the government that a bank tax could have a political cost, too. 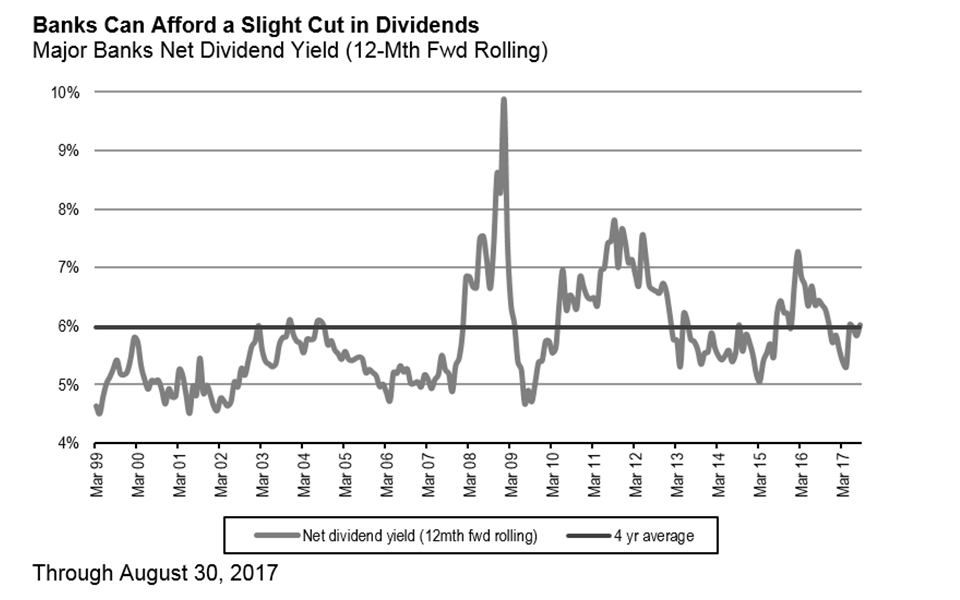 We don’t think a small dividend cut is a certainty, but we would be surprised if it wasn’t being actively considered. Banks also need to grow their capital base, so paying out too much in dividends works against other important goals.

Ironically for the banks, they are facing a deluge of criticism just as they are in a sweet spot operationally: profits are high, margins are solid, credit growth is reasonable and bad debts are, for the moment, modest in relatively benign economic conditions. In the short-term, this is likely to continue.

However, we don’t think it’s sustainable in the medium-term, particularly if the economy deteriorates. Bad debts may increase, regulatory scrutiny may restrict margins and credit growth could moderate.

And then there are all the risks of the inquiries, law suits, taxes, possible fines and possible capital impacts.

What should investors do?

Banks are, and have always been, a cyclical and somewhat volatile industry. There are bad debt cycles, credit growth cycles and regulatory cycles, to name a few.

We think investors should consider where banks are in these cycles and review their own positioning in bank stocks, in both the short- and medium-term, with a view to managing the impact of bank volatility on their portfolios.

Investors, of course, should seek professional financial advice before taking any action on their investments.

Hamish FitzSimons is an Australian equities portfolio manager at AllianceBernstein.

Where to from here for the banks?