What will the finance industry look like in 10 years?

Financial institutions must accelerate their plans to stay competitive given the extent of technological change over the last decade, says BNP Paribas' John Keith. 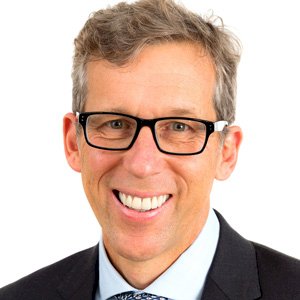 Looking back 10 years reminds you that a decade isn't a very long time. Ten years ago iPads and iPhones were yet to be launched, and management theory extolled codification and centralisation.

Leveraged market valuations reflected an economic boom that proved to be on borrowed time, allowing earnings a consistent 'rising tide'.

So what does the nation’s finance industry think it might encounter and need to prepare for between now and 2025?

Leaders of the country’s financial institutions and their corporate clients were asked recently what they see as the pressing immediate and longer-term issues. Our research identified that they expect further economic shocks; new technologies and emerging rivals to transform how financial institutions operate; successful institutions to engage better, be more relevant and offer more customised service to clients; and to anchor client offerings within robust technology.

The research reveals that both the corporate and financial sectors expect further economic shocks: in fact, it was the greatest single concern for the financial industry (55 per cent), both now and looking toward 2025.

The majority of Australian financial institutions expect the global economy to maintain current growth levels, with 80 per cent prepared for a period of comparatively low growth.

In contrast, corporate leaders expected environmental, social and corporate governance (ESG) issues (including climate change) to remain as their biggest concern (52 per cent) over the next decade.

One third were concerned about future economic shocks, and a quarter (25 per cent) expected global economic growth over the next 10 years to be well below historical trend.

Concern for the industry’s future

Besides continued low growth and fragile economies, the next single greatest concern for the leaders of the country’s financial sector was delivering sustainable returns to shareholders, which worried almost half of them (49 per cent).

The outlook noted that both financial institutions and their corporate clients cannot meet the challenges of tomorrow by cutting costs.

It identified the perennial challenge of having a distinct and successful strategy in order to provide sustainable returns, increase productivity, harness technology and attract skilled workers within a highly competitive marketplace.

It also noted that those financial institutions that prove slow to refocus on identifying ways to grow revenues will be amongst the more vulnerable.

The research asked both financial institutions and corporate leaders if they would use current low interest rates to grow their business.

Not even one third (30 per cent) responded that they expected to use low rates to do so. Another third (32 per cent) did not expect to take advantage of such low rates, pointing to the limits of monetary policy.

An overwhelming 86 per cent of institutions expect it to be a growth area for their organisation between now and 2025.

The research also anticipates two main methods of servicing customers will emerge over the next decade: high touch personalised service (including for institutional clients), and indirect self-service for the wider market (accelerated by technology – both existing and yet to be developed).

Technology also looms as a major concern, as well as an opportunity, for many in the finance industry. The sector realises it needs to harness technology for product delivery and distribution, as well as using data better.

Another major industry concern is the impact of rising competition from technology companies leapfrogging to engage directly with end customers.

But it is not just technology that will be the ultimate disruptor. Rather, it is the engagement and relevance of models that new providers offer that will differentiate them from traditional financial institutions.

As such, improving engagement will become more of a focus over the decade and key to long-term success for all organisations.

Where will the growth be?

The research also identified the greatest need for people should be for those who can provide technology to the industry along with digital services.

There will also be demand for analysts, marketing and communications experts, and compliance and risk management professionals.

What will the finance industry look like in 10 years? 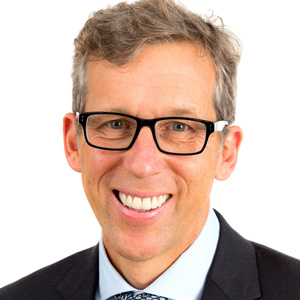