Where to next for US stock markets?

US markets are looking pricey, so now is the perfect time to take a deeper look at your clients’ global equity portfolios to see where you can add value, says Tempo Asset Management's Joe Bracken. 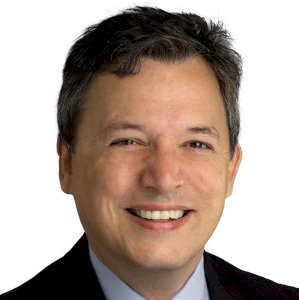 Australian investors have enjoyed excellent returns from global equities over the past five years. Indeed, the returns of the MSCI World (ex-Australia) have outstripped those of the domestic market.

While the domestic market has returned more than 6.5 per cent annually over the past five years, the MSCI World has returned nearly double that.

However, as the US Federal Reserve turns off the quantitative easing (QE) tap, forward-looking investors may be asking how that will affect their international returns. For financial advisers, this represents an opportunity to add value.

How are your portfolios constructed?

A starting point should be a discussion about what global portfolios are composed of anyway. Even a brief examination of the composition of these returns should give investors pause when they consider how equity markets may perform over the next five years.

Most international investments use the benchmark MSCI World Index to guide investment allocations. What might not be immediately obvious is the heavy weighting of the MSCI World to just a few markets.

About two thirds of the index is made up of just three markets: the US, the UK and Japan, with the US accounting for the lion’s share – in fact, more than half of the entire MSCI World Index.

For international investors, over the past five years the dominance of the US within their portfolios has been good news.

Annual US returns have been nearly 10 per cent higher than those of the average non-US market and almost single-handedly driven the excellent international returns enjoyed by Australian investors. But in looking to the future, investors need to ask three important questions:

The large outperformance of the US in the past five years is something of an aberration since the US equity market has been an average performer over the past 40 years. Over those four decades it was the top market performer in just three years: 2011, 2013 and 2014.

There are three reasons why the US has outperformed over the past five years:

These three factors, however, are unlikely to persist. In 2008, the US started an aggressive QE program that was meant to inject liquidity into the US financial system and provide a boost to the economy.

QE did indeed arrest the fall of the S&P 500 but it also left the financial system awash with liquidity. This liquidity was not used by corporates to boost capital spending but, instead, had the unintended consequence of stimulating US share buyback programs.

From 2009 to 2014, share buybacks averaged more than $400 billion annually. To put this in context, this huge increase in corporates buying their own shares has meant that US corporates have been the largest buyers, by far, of US shares while both households and institutions have actually been net sellers.

Ending QE and what it means

With the ending of quantitative easing in 2014 and expectations of future rate hikes, this effect should diminish as the cheap financing driving the phenomenon dries up.

At the same time, the economic advantage the US has benefitted from – anaemic wage growth leading to high corporate profit margins (only once over the past 30 years have they been at current levels) – and the low US dollar boosting exports looks set to taper off.

The US has also benefitted from being the least unattractive investment. While both the European and the US economies went into a recession at the same time, the European recovery has been stunted by fears concerning the future of the euro and a possible Greek exit (‘Grexit’) from the eurozone.

This uncertainty culminated in the eurozone going back into recession briefly in 2012. In contrast, the US has been a very consistent performer and its economy has recovered in a much smoother fashion than the eurozone.

This consistency encouraged investors to allocate to the US as a way to avoid allocating towards an unstable and uncertain Europe.

Fears over a Grexit haven’t gone away, but after several years of underperformance European fundamentals are starting to look more attractive. And, while the huge QE program finished in the US in mid-2014, both Japan and Europe have just embarked on their own versions of QE.

Going outside the US

As a result, we expect the equity markets outside of the US to be buoyed by the significant liquidity injections that are beginning to take place.

The term structure of overnight rates implies that European and Japanese rates will be very low for at least two years. In contrast the market is already pricing in 50bps of rate hikes by the Federal Reserve within this timeframe.

Lower rates in Europe and Japan should be a tailwind for European and Asian equities while a rising rate environment in the US may prove to be a headwind for US equities.

As a further headwind to US growth and in anticipation of future rate rises, the US dollar has appreciated significantly when compared with a basket of other currencies.

While a stronger US dollar is good for the US consumer – making imports cheaper – it should make it harder for US goods to compete with those from cheaper currency countries like Japan and Europe.

The strong performance of the US over the past five years has pushed the equity market into very expensive territory. Against a set of other developed markets, the US now looks significantly overvalued on almost any metric.

Our preferred valuation yardstick – price/book – indicates that the US market has not been this overvalued since the early 2000s against the average valuation of most other developed markets. Average US price to book ratios are at a significant premia to the rest of the world.

We expect the US market to under-deliver in relative performance terms over the next five years, which would be a drag on returns from the US-dominated MSCI World benchmark.

There are alternatives, such as an equally-weighted approach to investing in international equities. Under this approach, a global portfolio would have an equal weighting in several liquid markets so, for example, the same proportion would be invested in Hong Kong or Germany as in the US.

This has the advantage of increasing exposure to growth in some of the world’s most sizeable economies, which are underrepresented in the MSCI World, and it avoids the concentration risk of having two thirds of a portfolio in just three countries.

Diversification is one of the building blocks of sound investing. As they revert to their historic mean performance, US returns will look relatively less attractive.

Joe Bracken is the principal of Tempo Asset Management. This article originally appeared in IFA Magazine.

Where to next for US stock markets? 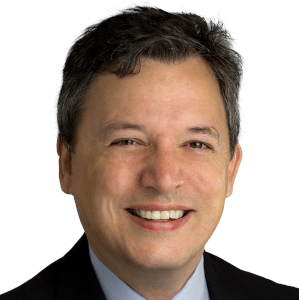