Outperformance in a low-growth world 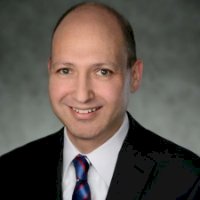 During all these events, investors have been concerned about the economic influence and the impact on investments.

While economic uncertainty continues, the process for choosing quality investments has not.

Investors, more than ever, are looking for investments that outperform throughout the economic cycle.

By analysing more than 40 years’ data, it can be shown that companies which outperform over the long term have identifiable characteristics.

There are four basic stages of the economic cycle. These are distinguished by economic growth and inflation.

1. A slow-down is a period of slow growth and falling inflation (or deflation).

2. A recovery is typified by rising growth and falling inflation.

3. A heating-up economy is one which is characterised by rising growth and rising inflation.

4. Stagflation is a period of slow growth and high inflation.

Different types of companies tend to perform better than others during the different stages of the economic cycle.

Investment professionals try to identify companies that will outperform over the long term.

Some classify ‘quality’ companies as those that have been consistently profitable and have increased their earnings throughout all stages of the economic cycle.

The MSCI World ex Australia Quality Index only includes the highest scoring 300 companies based on these three factors.

We have been able to illustrate that the index outperforms the standard benchmark, the MSCI World ex Australia Index, over the long term.

Economic cycle: Where the global economy is now

Many commentators believe that the global economy is entering the slowdown stage of the economic cycle (slow growth and falling inflation). This is evidenced by:

MSCI analysed more than 40 years’ data to provide insight into the best periods of outperformance of its quality factor.

By comparing the performance of the World Quality Index, the World Index and the World Sector Indices in economic periods characterised by rising and falling growth and inflation, MSCI demonstrates that its ‘Quality’ factor consistently outperforms in three out of the four stages of the economic cycle.

It has tended to only underperform, on a relative basis, during stronger economic times.

The main periods of relative outperformance of the ‘Quality’ factor were the ‘Dot com’ crash in 2001, the GFC in 2008 and the eurozone crisis in 2011.

Historically, MSCI research shows ‘Quality’ has outperformed in periods that had the characteristics of current global markets.

Russel Chesler is the director of investments and portfolio strategy at Market Vectors Australia.

Outperformance in a low-growth world 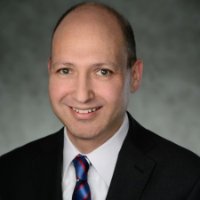