Cleaning up with clean technology

Energy efficiency is a lasting investment thematic that is relevant regardless of the broader economic backdrop, argues Australian Ethical portfolio manager Nathan Lim.

It doesn’t matter how the economy is doing – businesses and households will always be interested in saving money.

Efficiency plays have been borne out of the clean technology (‘cleantech’) sector, which pioneered the disruptive approach to achieving a persistent competitive advantage.

As an investment destination, cleantech could previously have been characterised as the place where money went to die – but that is no longer the case.

Whereas an incandescent light bulb only converts 10 per cent of its energy into light, LEDs (light emitting diodes) have a 90 per cent conversion rate, meaning far less energy is needed to produce the same amount of light.

Unlike earlier ‘next generation’ compact fluorescent lights, LEDs match the performance of traditional lighting (in colour gamut, dimmable, instantly on) while avoiding the use of toxic chemicals, and they can last years longer.

Australian Ethical estimates that switching all traditional lighting to LEDs could save 228 terawatt hours of electricity annually in the United States.

The saved energy is equivalent to 90 per cent of Australia’s total annual electricity production.

As the production of LED lighting becomes more commoditised, we believe the best place to be positioned is with the installers because they can still add value to the product by offering lighting solutions to customers.

Refitting the lighting in a building is not simply a matter of changing light bulbs but also includes opportunities to up-sell motion controls, timers and new fittings.

The cost savings from an LED open the door to a much larger revenue opportunity.

At the other end of the supply chain, we believe the LED manufacturing equipment suppliers also remain an attractive investment opportunity, given the fundamentally global duopoly that exists.

Our biggest LED exposure is via Acuity Brands, a leading North American lighting solutions provider that reported revenues of over US$2 billion and profits of US$127 million in 2013.

As odd as it sounds, many cleaning products use dirty fossil fuels as a key ingredient.

Done at the commercial scale, chemical-free cleaning saves money, increases safety and reduces the environmental impact of an operating company as it fundamentally alters business processes.

The best example of such a disruptive application is Tennant Co’s ec-H2O technology which only uses electricity to convert water into an effective cleaning solution.

The technology has been adopted by over 4,000 customers via 40,000 machines after being launched only six years ago.

While there has been competitive product matching and recriminations against the validity of Tennant’s offering, chemical-free cleaning is proving to be a key product differentiator and has placed the company as the de facto thought leader in facility maintenance.

Its focus on chemical-free cleaning has gelled with a changing corporate mindset that is increasingly conscious of its operational impacts on all stakeholders – focusing just on environmental impacts is no longer enough when employees continue to unnecessarily expose themselves to the risk of handling toxic chemicals.

As a result, industry has responded with hybrid and full electric drivetrains and other technological advances.

The net result is that cars have never been so fuel-efficient while maintaining (and perhaps even improving) the driving experience.

This has been accomplished while keeping car ownership affordable.

One of the fastest growing advances in fuel economy are turbo chargers, which can improve fuel economy by about 20 per cent and add less cost to the car than hybridisation.

While turbo chargers are not a new technology, the precise computer controls and reliability needed for mainstream use have only recently become widely available.

At the heart of these technological advancements are the suppliers to the major automobile manufacturers.

The incumbent suppliers have the financial resources to invest into research and development and help their customers to meet government mandates.

As noted in a recent Financial Times article: “The big suppliers now have the capability between them to build 85 per cent of a car’s internal system, leaving little more than the engine as the carmarker’s sole domain”.

Denso Corp is our largest exposure to improving fuel economy and they are also Toyota’s largest supplier.

The future of cleantech

‘Regular’ companies are moving aggressively into the cleantech space, recognising that innovation coupled with a strong financial position and experience can lead to disruptive advancements and increased differentiation from competitors.

Cleantech as a standalone sector will also likely fade as it is absorbed back into the broader industrial complex.

For investors, this means investments can be made in lower risk companies while maintaining exposure to the secular efficiency/cleantech thematic. 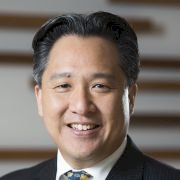 Nathan Lim joined Australian Ethical as an analyst in January 2010. On July 2011, he was appointed as portfolio manager of the Australian Ethical International Equities Trust (themed around Global Smart Energy). Mr Lim has 19 years of investment experience which has taken him across Asia, North America, Europe, the Middle East and Australia.

Cleaning up with clean technology