The superannuation and financial services assistant minister, senator Jane Hume, has openly condemned IFM Investors, following reports the investment manager has paid out a $12.7 million bonus to an unnamed director.

Senator Hume made the comments while calling out the Labor Party for its “deafening” silence around the executive’s pay, after the opposition planned to crack down on super profits and executive bonuses in the finance sector.

The IFM director was paid the bonus in addition to a $2.8 million base salary, according to accounts, with IFM’s annual report said to only show the compensation of non-executive directors, without naming them.

Investor Daily contacted IFM but did not receive any confirmation around the director’s pay or any further detail around the structuring of remuneration for board members.

A spokesperson for the investment manager said it could not comment on reported remuneration matters due to regulations in Europe.

The company stated within its 2019 Responsible Business Report that it “fully complies with all laws and regulations for remuneration disclosure for a privately held entity”, adding its most recent disclosure has exceeded its requirements.

But the investment manager, which is privately owned by 27 industry superannuation funds, has been blasted by the government before for a lack of transparency around remuneration. Ms Hume called it “notoriously opaque”.

“It’s concerning that the owners of IFM – 27 all-profit-for-members super funds – are pouring their members’ money into an entity generating super profits for executives, with alarmingly little transparency for members about where that money goes,” she said.

“One can only wonder if a $12.7 million director’s payday is consistent with IFM’s responsibility, as they claim, to put their fund members’ interests first.”

IFM did not issue any comments in response to Senator Hume.

At the time, Mr Himbury refused to divulge details around IFM’s remuneration policy, saying it was up to the board and he was not in a “position to disclose”.

Mr Wilson also asked him about London-based IFM executive director Frederic Michel-Verdier, who was at the centre of a lawsuit, having been accused of sexually harassing infrastructure analyst Nathalie Abildgaard at a Madrid nightclub.

There had been speculation around Mr Michel-Verdier’s pay, where it was said in a tribunal that he stood to lose between £15 million and £20 million ($29.1 million to $38.8 million) if he had been dismissed.

IFM settled the suit for $493,000 and Mr Michel-Verdier departed the group in August.

Mr Himbury also gave his notice last year after 10 years with the firm, with his retirement date yet to be confirmed. Future Fund CEO David Neal is set to take his place. 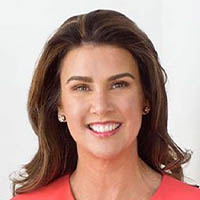