David Neal, chief executive of the Future Fund, will be exiting the organisation to lead investment management giant IFM Investors at the end of the month. 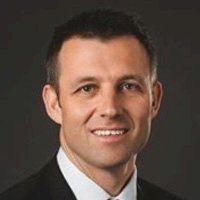 Mr Neal has served the Australian sovereign wealth fund for almost 13 years, starting as its inaugural chief investment officer from 2007, before being promoted to CEO in 2014.

He is due to depart the fund on 28 February, with general counsel and chief risk officer Cameron Price to step up as acting CEO. The fund in the meantime will undertake a global search for his replacement.

At Mr Neal’s new company, IFM chair Greg Combet said he is well equipped to steer the firm through its phase of global growth.

“David will continue the global revolution of IFM Investors consistent with our purpose – to deliver strong net returns to the millions of members of our super fund, pension fund and institutional investors,” Mr Combet said.

“We have an ambitious agenda going forward – to maintain strong investment performance across our asset classes and products, continue to grow and evolve as an organisation, and to be leaders in responsible investment.

“The industry super funds movement has now clearly reached a scale where we can attract the very best corporate leaders in the world.”

As the Future Fund’s first CIO, Mr Neal was credited with establishing the company’s “distinctive ‘one team’ investment approach”.

Former Australian treasurer and Future Fund board of guardians chairman Peter Costello commented Mr Neal had been “instrumental in designing and implementing an investment strategy that has grown the Future Fund to its current value”.

“The fund is highly regarded as one of the world’s most successful sovereign wealth funds and David has played a central role [in] driving its performance and reputation,” Mr Costello said.

Prior to joining the Future Fund, Mr Neal spent 15 years with Willis Towers Watson starting his career in the UK before establishing and leading the firm’s investment consulting business in Australia.

He is also a director of Perth Airport, FCLTGlobal, a member of the MSCI Advisory Council and a member of ASIC’s external advisory panel. 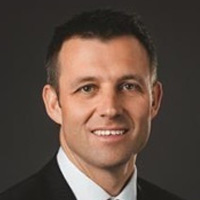