Rob Priestley, the chief executive officer of JP Morgan Australia, has stepped down from his role to become the firm’s non-executive chairman.

Mr Priestley, who has been at JP Morgan for 23 years, will be replaced by JP Morgan Australia's Paul Uren, who will retain his responsibilities as head of global investment banking.

Mr Priestley will transition into the role of chairman of JP Morgan Australia, replacing Sir Rod Eddington who will assume a new role to establish an Asia Pacific Advisory Council.

"Since returning to Australia in 2002 and under Rob’s leadership our business has seen tremendous success and realised significant growth over the past 15 years in Australia and New Zealand," Mr Aguzin said.

"In a prime example of effective succession planning, Rob will hand-over the chief executive officer role to Paul Uren, and I am very happy that Rob will continue to provide his guidance, support and leadership as chairman for Australia and New Zealand, succeeding Sir Rod Eddington."

Rob Priestley, the chief executive officer of JP Morgan Australia, has stepped down from his role to become the firm’s non-executive chairman. 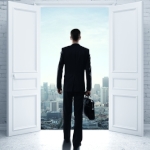