Australia has retained its AAA rating from S&P Global Ratings in the aftermath of the federal budget, but the country will remain on ‘negative watch’.

S&P Global Ratings has affirmed its AAA sovereign credit rating for Australia after the federal budget projected a return to surplus in 2020-21.

However, while S&P has kept its AAA rating intact, it has held Australia on 'negative watch' after it downgraded the country's credit outlook to 'negative' in July 2016.

In its rationale for the continued negative watch, S&P said that budget deficits could persist for "several years with little improvement" unless the Parliament implements "more forceful fiscal policy decisions".

"We believe Australia's high level of external indebtedness creates a high vulnerability to major shifts in foreign investors' willingness to provide capital, and we consider that strong fiscal performance and low government debt are important to help ameliorate this risk," said S&P

"Strong fiscal accounts are also a precondition for countercyclical policies to stabilise the economy if needed, such as in the case of a slump in the buoyant housing market."

S&P warned it could lower its rating within the next two years "if we were to lose confidence that the general government fiscal deficit will revert into surplus by the early 2020s".

On the other hand, Australia's rating could stabilise if S&P were to see "a significant and sustained improvement in the medium-term budget outlook, leading to a return to a general government surplus".

Australia has retained its AAA rating from S&P Global Ratings in the aftermath of the federal budget, but the country will remain on ‘negative watch’. 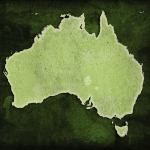