The US Federal Reserve has kept interest rates on hold once again, providing the market with little guidance in its July statement concerning future rate rises.

US interest rates will remain on hold in July, with the target of 0.25 to 0.50 per cent set to remain until the Fed's September 2016 meeting.

The Federal Open Market Committee's statement on the decision noted that the US labour market has strengthened since June and inflation continues to run below the central bank's target of 2 per cent.

Commenting on the decision, State Street's head of global macro strategy, Michael Metcalfe, said there is a "possibility, albeit a slim one" of an interest rate hike in September.

"With financial contagion to the US from Brexit limited, the timing of the next Fed move will be more dependent in the coming quarter than it has been all year," Mr Metcalfe said.

"However, if US economic growth remains close to 2 per cent, the unemployment rate continues to drift lower and inflation edges up toward the 2 per cent target, then the Fed should be able to sneak in one hike this year, likely during their December meeting, followed up by two additional hikes in June and December 2017," Mr Probyn said.

$1.6m super cap 'must be implemented'

AMP Capital China Growth Fund to be wound up

The US Federal Reserve has kept interest rates on hold once again, providing the market with little guidance in its July statement concerning future rate rises. 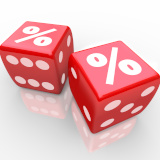