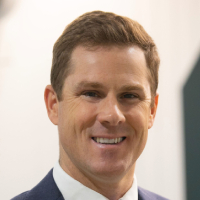 The Financial Services Council (FSC) has announced Blake Briggs will continue in the role of CEO following an executive search process.

Mr Briggs has been the FSC’s acting CEO since the departure of former CEO Sally Loane in December after seven years.

He has spent eight years at the FSC as deputy CEO and senior policy manager for superannuation and formerly served as head of government and industry affairs for wealth at Westpac.

Commenting on the appointment, FSC chairman David Bryant congratulated Mr Briggs and welcomed him to his new position.

“Blake has proven he is a strong leader for the FSC who has a commitment to the organisation’s mission of delivering a financially secure future for all Australians,” he said.

“Under Blake’s policy leadership, the FSC has been an advocate for reforms that will deliver a more competitive, efficient and growing financial services sector that delivers high quality products to Australian consumers.”

Ahead of the next election, the FSC recently announced its priority policies including a focus on stability and certainty for superannuation customers.

“The FSC is a leading voice for the funds management, life insurance, financial advice and superannuation sectors and under Blake’s stewardship, we look forward to the FSC continuing to be a strong advocate for the industry,” said FSC co-chair Jen Driscoll.