The super fund, which merged last year with 123,000 members and $24 billion under management, has announced its intention to acquire Suncorp’s superannuation business.

“With a long history of delivering performance within complexity, Mark will lead the fund's renewed investment strategy as we finalise our next stage of transformation in 2022,” said LGIAsuper and Energy Super CEO Kate Farrar.

“The amalgamation of our funds and the planned acquisition of Suncorp’s superannuation business, have given us a unique opportunity to reconfigure our investments to ensure that we are delivering the best possible outcomes and future security for our members.”

Mr Rider began his career at the Reserve Bank of Australia and previously served as Australian chief economist for UBS Investment Bank and CIO for wealth and private banking at ANZ.

During his 16 months as CIO of Christian Super, Mr Rider led a team that delivered improved investment performance, ranking fifth in returns for the year to November 2021, according to Super Ratings, and second in the financial year to date.

“Mark comes to our team with a unique perspective, having been the CIO at both a large organisation like ANZ and small (Christian Super), while excelling at both,” said Ms Farrar.

“He has the vision and nous to further our investment strategy while incorporating the needs of our unique, combined memberships.”

Mr Rider will commence in the role from February following the departure of outgoing CIO Troy Rieck in January.

“I admire the way LGIAsuper and Energy Super are differentiating themselves from the megafunds by really connecting with members and engaging with them on a personal basis,” Mr Rider said following his appointment.

“I am looking forward to meeting with members and helping the fund take full advantage of the Energy Super and Suncorp mergers to generate strong investment returns for all members.” 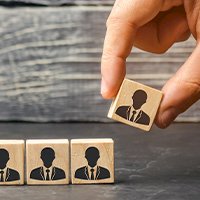