The Responsible Investment Association Australia (RIAA) has announced its board for the new year, including a new key addition. 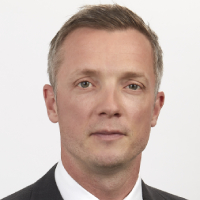 Head of ESG research at Ausbil Investment Management, Måns Carlsson-Sweeny, was elected to the board this month for the very first time, joining re-elected board members including Ross Piper, Kathryn McDonald, Grace Palos, Dave Rae and Farren Williams.

The board appointments come after the RIAA released a report which found that super funds that invest responsibly are outperforming other funds and increasing their market share.

In its fourth biennial survey of Australia’s largest super funds, the RIAA found that leaders in responsible investment have outperformed other MySuper products by 87 basis points over three years with a return of 8.44 per cent as of June 2021.

Over five years, responsible super funds led by 74 basis points delivering a return of 9.10 per cent, while over seven years they outperformed by 56 basis points with a return of 8.29 per cent.

The Responsible Investment Association Australia (RIAA) has announced its board for the new year, including a new key addition.