AMP Capital’s managing director for the Asia-Pacific region has been shown the exit as it puts its public market business on the backburner. 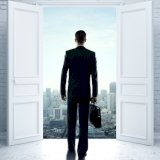 Craig Keary will leave AMP Capital after nine years with the business, with a spokesperson telling InvestorDaily that the role of APAC managing director “is no longer required” as it looks to strengthen its private markets business.

“In his time with the business, including in his three years based in Japan, Craig has been instrumental in establishing cross-cultural relationships in the Asia Pacific region and has made a significant contribution to AMP Capital. We wish him well for his future endeavours,” the spokesperson told InvestorDaily.

Mr Keary has also held roles with a number of domestic and international banks, including Westpac, CBA, and HSBC. He commenced with AMP Capital in 2012 as its head of retail business before rising to managing director for APAC in 2017.

“Today is my last day as Managing Director Asia Pacific for AMP Capital. To my colleagues and clients in Asia Pacific, I would like to say thank you. It has been a privilege and a real honour to work with you,” Mr Keary said.

“Being based in Asia for the last three years, I have enjoyed the cross-cultural relationships that have been fostered. I will hold onto these friendships for many years. I have a true belief that in asset management we hold immense responsibility in improving the wellbeing of our clients. This is something I will continue to be passionate about.”

Mr Keary is the latest in an increasingly long line of staff and executives to depart the beleaguered asset manager, willingly or otherwise, in the wake of the Boe Pahari scandal.