Three senior staff in the AMP Capital listed equities team have signalled they will be departing the investment business, including the global chief investment officer of equities and head of Australian equities. 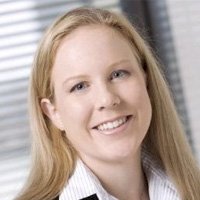 While Mr Allen and Ms Woodland are leaving to pursue other opportunities outside of AMP Capital, Ms Murray is set to become head of listed equities at the Future Fund, where she will lead the sovereign wealth fund’s equities portfolio.

She will replace Future Fund’s acting head of listed equities Megan Ford, who has held the role since March.

But Ms Murray and Ms Woodland are both to remain with AMP Capital for the coming months, AMP Capital said in a statement.

Ms Murray has held the Australian equities lead role with AMP since October 2017, having joined the team after a restructure in the business. She had previously worked with Macquarie for 20 years, primarily in quantitative portfolio management and senior investment roles.

Ms Woodland had joined the sustainable investment team in November 2018, before she took over sole responsibility for the team in December last year.

Meanwhile, Mr Allen, who was a member of AMP Capital’s group leadership team, joined the firm in 2016, as global head of equities.

The investment manager has already seen a wave of changes through its leadership.

AMP Capital’s chief executive Boe Pahari was demoted to his previous infrastructure equity lead role on Monday, after shareholders protested his CEO appointment had not been appropriate as details of a sexual harassment claim against him were released.

At the same time, AMP chairman David Murray and board member John Fraser also signalled their exits from the group. Debra Hazelton, non-executive director on the boards of AMP, AMP Bank and AMP Capital has replaced Mr Murray as the group’s new chair.

AMP Australia chief Alex Wade, who led the group’s banking and wealth unit, also recently resigned, after only having been in the role for less than a year.

In her new role, Ms Murray will be reporting to Future Fund deputy chief investment officer of markets, David George.

Mr George credited her predecessor, Ms Ford, for leading the team and overseeing the portfolio through a “particularly challenging period”.

“She is strongly positioned to lead our team and build on the strong foundations of our listed equities program while contributing to the investment program as a whole,” he said. 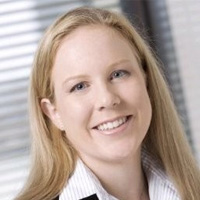