Bank of Queensland has selected the chief executive of Westpac’s consumer bank to be its new boss from September. 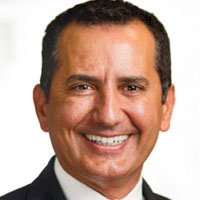 George Frazis will be the bank’s new managing director and chief executive, following on from Jon Sutton, who left the bank to focus on his health in December after having a heart operation earlier in the year.

The bank also appointed chairman elect Patrick Allaway to take over from current chairman Roger Davis last week, who has stepped down after six years in the role.

Mr Davis and Mr Allaway said in a statement that Mr Frazis has had responsibility for consumer distribution, digital, marketing, transformation and banking products and services for Westpac, St George, Bank SA, Bank of Melbourne and RAMS.

“George is the right person to lead BOQ during one of the most transformative periods in the banking sector,” they said.

“There is a significant amount of work ahead, and with George at the helm, BOQ is well-positioned to achieve our strategic goals and deliver for our customers and shareholders.

Mr Frazis added that he and the BOQ board recognise a need to respond decisively to address a challenging environment facing the bank.

“However, those circumstances present many opportunities for a bank which is customer-focused and can move quickly to deliver a point of difference,” Mr Frazis said.

“At the top of the list is to embrace digital innovation that recognises the future of banking lies in mobility and personalisation.

“I look forward to working hand in hand with the BOQ executive team and the board as we drive the necessary functional and cultural changes essential to delivering a better customer experience and improving BOQ’s long-term performance.”

Mr Frazis has had a 17-year career in banking. He joined Westpac as chief executive of its New Zealand branch before going on to lead St.George Banking Group.

His previous roles include senior executive positions at NAB, CBA and BCG. Interestingly, he started his career as an officer in the Royal Australian Air Force.

“His experience in retail banking, transformation and strategic acumen make him a great fit for BOQ,” they said.

“He is committed to acting in the best interests of customers, including improving transparency and advocating for higher standards of fairness.

“George brings a wealth of experience that will drive Bank of Queensland’s future direction and build on the work already commenced by the management team.” 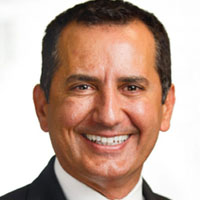