The neobanks fighting against incumbents

Part Two: The big four banks have shown that they have the willingness to start competing in the innovation arena, but who are they up against and what do these new entrants bring to the market?

Neobanks are fighting for a revenue pool in the order of around $60 billion with a focus towards the consumer space. But, of course, fintechs aim to disrupt, which could see new revenue pools created and older ones disappear.

Open banking is set to be the catalyst for change in Australia once it applies to all the ADIs. As of now though, the major banks are meant to make data available on all credit and debit cards and deposit and transaction accounts. By 2020, all banks will have to make product data available, with 2021 being the goal for all products.

The neobank market still has incredible room to grow, but already there are nine banks that are fighting for their share of the market, each with a focus on the customer and the latest innovative technology.

Volt was the first neobank to be granted an unrestricted banking licence, despite not yet being operational. Chief executive of Volt Steve Weston, former head of mortgages at Barclays and NAB, has said that when it starts operation, it will start with retail products. The bank anticipates this will happen in 2019 with a plan to expand into small-business banking next year. Due to lower fixed costs, Volt has said it will be able to offer better interest rates on savings accounts, which in the low interest rate environment will be welcomed by consumers.

The company is currently valued at $185 million through investments from Collection House and Paypal, but it also held a Series C investing round last year, with the funds going to regulatory requirements. Its debt funding will come from institutional deposits, including super funds, but with plans for a mortgage-backed securities warehouse facility from a major bank. Volt is planning to list on the ASX eventually and is expected to have a market value of $400 million.

There are eighty-six thousand four hundred seconds in a day and 86 400 is building a business that says it will offer value for every single one of them. The bank has been spun out of end-to-end provider Cuscal, which is providing the funding. 86 400 is going a different route to some of the other competitors and has said it will not obtain a RADI and instead go straight for an unrestricted licence with a full product suite offering on launch. The bank has expressed its desire to compete with the majors once it gains a full licence and has already signed a distribution deal with mortgage broker aggregator Vow Financial. The deal will allow its home loans to be distributed through a network of 1,200 brokers once it obtains its licence.

The second neobank to be granted an APRA unrestricted licence was Judo, which is focused not on consumers but SMEs. It will launch deposit products for business, consumers, SMSFs and wholesale depositors. The five to 10-year goal for the company is to take 3 per cent of the SME banking market with their own insights report, stating that there is an $80-billion funding gap for SMEs that they can address.

Judo raised $340 million of equity from investors and aims to raise $400 million, which would make it $500 million of new equity raised over a year.

Granted its RADI in December 2018, Xinja still has two years to gain its unrestricted banking licence from APRA. Currently, the bank offers prepaid cards and has a personal finance app to allow customers to track their spending instantly. It has plans to offer retail bank accounts and home loans once it gains its full licence. Co-founder and CEO Eric Wilson has said that goal is to make banking easy and frictionless, with a business plan that projects it will be profitable within three years with $10-12 million in revenue.

The UK’s largest neobank by customers has launched in Australia, offering Australians a stripped back version of its UK offering. Revolut has close to 5 million customers already in the UK, while next closest is N26, which has just 2 million. The bank offers a tiered account structure and is licensed through an electronic money licence from ASIC and is not currently applying for a banking licence. The app allows customers to hold and exchange 15 currencies directly and will launch further products as they expand into the Australian market.

Perhaps the most well known of the consumer-focused neobanks is Up Bank, which unlike the others does not have or require an ADI as it is using the licence of Bendigo and Adelaide Bank. Up has already launched and was Australia’s first fully licensed and all-on-app platform.

The partnership with Bendigo and Adelaide has allowed Up to focus on technology, which is how it has already been able to operate and offer products. Since its October 2018 launch, it has already gained 30,000 customers with 90 per cent being new-to-bank customers with an average age of 28.55 years.

Douugh is not here to be a bank, according to founder Andy Taylor, but instead will remain a true fintech dealing directly with a consumer to issue a bank account and card. Douugh will also not apply for a banking licence because, like Up, it will partner with banks to offer those deposits under a white label arrangement. The customer deposits will be held by the partner banks, but Douugh will own the customer. Mr Taylor wants to scale quickly, with 100 million customers by 2030 being floated as achievable. The bank is all set to launch in America and is preparing to list on the ASX later this year.

Archa is another bank that is not planning to obtain an ADI, with its website saying that it will work with a partner who does hold an ADI. The bank has said it will link other accounts to its platform, allowing clients to get a holistic view of finances. It has said it will use tech to provide customers with better ways to manage their money and pay debts. However, currently it is only advertising a banking app that is connected to a prepaid credit card.

Tyro was granted a licence in August 2015, making it the first new retail licence awarded since Me Bank’s in the early 2000s. It has kept a relatively low profile by being a business-only bank but provides payment solutions and EFTPOS terminals. It has recently launched lending and deposit products and, since its launch, has processed over $42 billion in transactions. Its income is generated mostly from fees and commissions, which was $63.7 million in the 2018 financial year.

Read Part 1: What are our institutions doing in the technology game?

The neobanks fighting against incumbents

Part Two: The big four banks have shown that they have the willingness to start competing in the innovation arena, but who are they up against and what do these new entrants bring to the market? 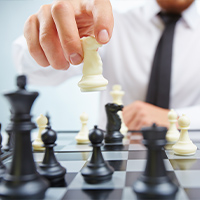