The grant from Vision Fund will go towards new technology to further improve access to capital, with Greensill to build on its partnership with global equity firm General Atlantic.

The company is aiming to grow its global network, with plans to enter markets including China and India, after it recently established itself in Brazil.

“We are agents of technological disruption with a mission to make available finance at the lowest possible cost for our clients and their suppliers, whilst opening up a whole new asset class to global investors.”

The worldwide market for working capital finance is valued at $55 trillion, according to research by the firm, which says a small fraction of that market is being accessed.

Where traditional banks usually offer working capital finance to a limited number of large clients, Greensill has aimed to use a data-driven model to open the market to all companies irrespective of size, scope or location.

Greensill said it currently works with more than 100 global institutional investors, providing more than $60 billion of financing to more than 8 million customers across 60 countries.

“Greensill is a strong market leader in working capital finance and has played a pioneering role in the technological revolution that has transformed in the industry,” Colin Fan, managing partner of SoftBank Investment Advisers, said.

“Through this new partnership, we can see immense opportunity to introduce working capital finance to a new generation of businesses around the world.”

Morgan Stanley were financial advisers and Allen & Overy gave legal advice to Greensill on the transaction. 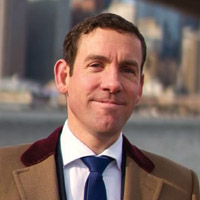