No support for innovation in federal budget

Fintech and innovation leaders have come out against the government’s 2019 budget saying that there was not enough in it to support innovation and startups.

The government’s 2019/20 budget was handed down last night and there was only a handful of measures designed for innovation technologies.

The government pledged $3.5 million towards Making Innovation Games National which is a pilot to bring together various groups like SMEs, students and graduates to address technological and digital challenges facing Australian businesses.

The government has made some investments into addressing declining participation in STEM subjects in schools including $1.5 million to enable the implementation of a digital awareness raising initiative to get women into the subjects.

An additional $1.8 million in funding will be provided to the Science in Australia Gender Equity initiative to advance gender equality in higher education and research institutions.

Questacon’s education outreach program has also received a boost of $15.1 million to expand its programs which engages students in science and technology.

While the government’s STEM and equality initiatives were supported by the industry, the cuts and lack of funding to future jobs faced criticism from industry experts.

The Morrison budget has removed any innovation agenda with $1.35 billion cut from research and development tax incentives over the budget forward estimates.

This equates to $4 billion in cuts over the last two budgets which is a far cry from former Prime Minister Malcolm Turnbull's $1.1 billion innovation agenda back in 2015.

Chief executive of MoneyPlace Stuart Stoyan said it was clear that the Morrison government had no long-term growth agenda.

“With over $4 billion in cuts to R&D tax incentives over the last two budgets, you've got to wonder if the Morrison government has any long-term growth and innovation agenda at all? It seems as if the innovation agenda of former Prime Minister Turnbull has been long forgotten,” he said.

Mr Stoyan said that Australia was losing the DNA that made us competitive and needed the federal government to show leadership.

“We really need leadership from the federal government to differentiate between start-ups who rely on the tax incentive as a key source of funding versus corporates who are just looking for a cost saving and will do the research anyway,” he said.

FinTech Australia’s general manager Rebecca Schot-Guppy said the budget announcements were a blow to the startup and tech industry.

“Fintechs and startups will be disappointed by this budget. Whatever happened to Australia becoming the innovation nation?” she said.

Ms Schot-Guppy said the research and development tax incentive was important for the growth of the fintech ecosystem and its continued depletion would hurt innovation.

“Easy access to it consistently polls as the number one issue for growing a fintech in Australia. Now, fintechs will be forced to compete with major companies for a dwindling pool of capital. Considering all the turmoil this policy has gone through, this could not be a worse outcome,” she said.

Co-founder and co-chief executive of Assembly Payments Victor Zheng echoed Ms Schot-Guppy’s sentiments and said Australia would be unable to compete in the global tech race.

“The R&D tax incentive gave us an incredible leg up in a global race to innovate. How are we supposed to compete with Silicon Valley and China now?” he said.

No support for innovation in federal budget 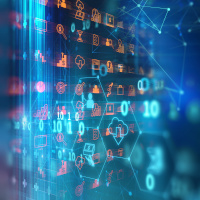