Fintech hub Stone & Chalk has amended its constitution to move towards a more corporate board structure made up of non-executive directors.

Start-up residents of Stone & Chalk will no longer be eligible for election to the board after the fintech hub successfully amended its constitution last week.

At its annual general meeting in Sydney last week, Stone & Chalk passed a resolution that will see the fintech hub move to a more corporate board structure.

After what was described to InvestorDaily sister title Fintech Business as a "lively debate" on Thursday afternoon, a resolution to amend the constitution of Stone & Chalk was passed with a significant majority.

The changes will see the fintech hub abandon its current representative board structure and move to a more corporate structure made up of non-executive directors.

The changes to the constitution will mean that start-up and corporate members will no longer directly elect directors. In addition, the maximum number of directors (other than the chair) will be reduced from 11 to eight.

In its AGM notice, the Stone & Chalk board said its current make-up "would not be regarded as common practice for most businesses operating as companies".

"The board does not believe these changes to the constitution would in any way diminish the critical importance the company places on meeting the needs and requirements of its start-up and/or corporate members, given the objects of the company remain unchanged," said the board.

One Stone & Chalk resident said that the changes would mean the start-up community would have less leverage in the future if the board were to change for the worse.

Another concern among residents was that a more corporate Stone & Chalk board would risk losing its connection with the grassroots of the start-up community. 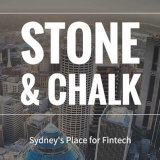