The ASX and ASIC have called on the top 100 Australian companies by market capitalisation to participate in a voluntary cyber security benchmarking survey.

A voluntary 'cyber health check' survey developed by the ASX seeks to benchmark the levels of cyber security awareness, capability and preparedness within the largest Australian listed companies.

ASX100 companies that participate in the survey by mid-December will receive a confidential report benchmarking their own cyber security practices, according to a statement by the ASX.

The statement described the ASX100 cyber health check as an "industry-led initiative that forms part of the Australian government’s cyber security strategy".

"ASX and ASIC worked with representatives from government, business and audit firms KPMG, Deloitte, EY and PwC, to develop a cyber health check survey for the Australian environment, based on a similar exercise in the UK with the FTSE 350," said the ASX.

According to a Q&A for respondents created by KPMG, the survey is designed to be anonymous, with neither the government nor its audit firm partners able to see the identity of respondents.

The ASX and ASIC have called on the top 100 Australian companies by market capitalisation to participate in a voluntary cyber security benchmarking survey. 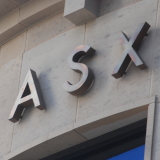