Rest has recruited a Morningstar lead and former track athlete to be its first chief investment officer under its new structure.

Andrew Lill is set to commence in the role with the retail industry superannuation fund on 17 August, after being the CIO for Morningstar’s US$25 billion Americas mutual fund and managed portfolios operation since 2018.

Previously, Mr Lill was the CIO of Morningstar’s Asia-Pacific business and was the head of investment specialists and investment solutions at AMP Capital from 2009 to 2013.

Rest declared the new CIO role in August last year, following a review into its investments structure and governance framework.

As part of the review, the fund’s wholly owned investment arm Super Investment Management (SIM) was integrated into its internal investment team, to focus all of Rest’s investment expertise in a single group. The new CIO will manage the combined team.

Former SIM founder and CIO George Zielinski has been the fund’s interim investment chief since the changes were rolled out. He will continue at Rest until his retirement at the end of August.

Meanwhile, deputy CIO Simon Esposito will continue in his role and support Mr Lill as he transitions.

“The appointment of our first chief investment officer for the whole fund is the culmination of more than 12 months’ work to refine our investment structure and governance and position the fund for further growth,” Ms Doyle said.

“Andrew’s experience and expertise will be a valued addition to Rest.”

She added the outgoing Mr Zielinski has been with the fund since 1997.

“He established SIM and has managed a proportion of Rest’s direct investments into property, infrastructure and project finance debt as well as multiple other asset classes,” Ms Doyle said.

Mr Lill has also led Russell Investment’s consulting business in the Asia-Pacific region from 2005 to 2009.

Prior to his business career, he represented England in the 1994 Commonwealth Games in track athletics. 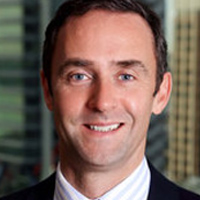