Two employees of an IOOF-backed super fund have stepped aside following the resignation of its boss, as the police investigate his role in an alleged betting rort.

Grow Super confirmed its co-founder and former chief executive Josh Wilson resigned from his role on 22 May, following NSW Police launching an investigation into his involvement with an alleged Dally M betting scandal. He has also stepped down from the board of the fund’s parent company, DSMJ.

Mr Wilson is also the CEO and founder of StatEdge, a sports technology company, that held a contract with the NRL allowing Dally M judges to vote on a digital system.

A spokesperson for NSW Police would not confirm their identities, but reports have indicated the two men are Mr Wilson and StatEdge general manager Ben Trevisiol.

Police will allege in court that the men placed bets on the 2019 Dally M Coach of the Year Award winner with prior knowledge of the result and had also shared the information with others, who in turn placed bets with various agencies.

Grow Super would not comment on the active police investigation, but confirmed it was completing its own internal review and that Mr Wilson has no further “commercial involvement” with staff or clients. He is no longer a director of any Grow entities.

“Given the recent police action concerning a former senior staff member we are conducting our own review into any potential association between Grow Super and the business and people under investigation,” a spokesperson for Grow stated.

“The review is being undertaken with external independent oversight and is still continuing. Two employees have stepped aside pending the result of this.”

The staff were not named, but were confirmed to still be formally employed by the fund, with their stepping aside being temporary.

IOOF owns a minority stake in Grow Super, teaming up with the fund in February 2018. The wealth group’s chief operating officer Frank Lombardo is a director on the board of Grow Super parent company DSMJ.

“As a minority shareholder and with a director on the board of DSMJ, IOOF has been kept informed in an appropriate and timely manner of the situation in relation to Mr Wilson and StatEdge,” IOOF stated.

“We believe the actions of management and Mr Wilson’s in relation to his resignation from the board of DSMJ and as CEO of Grow Super [have] been appropriate.”

The police had raided business premises in Surry Hills, Sydney, which reports have indicated to be StatEdge, on 20 May, as well as executing search warrants at the charged men’s residences in Paddington and Waterloo. During the searches, they had located and seized documents, electronic devices and computers.

It was all part of the Organised Crime Squad’s Casino and Racing Investigation Unit’s (CRIU) Strike Force Mirrabei, after the NRL Integrity Unit reported suspicious betting activity on the 2019 Dally M Coach of the Year Award.

The two men are due to appear at Downing Centre Local Court on 20 August. 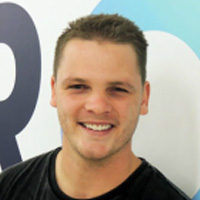 1
Emerging companies boosting Aus Ethical
2
Three lessons
3
Why do we need shareholder class actions?
4
‘This time it’s different’: How the coronavirus crisis differs from other global slowdowns
5
Value forecast to outperform in Australia and the US
6
Flexigroup appoints former NAB exec