Sunsuper has revealed it added more than 65 staff to its customer engagement team during April, as the early super release gave rise to a flood in member inquiries.

“With many Australians now out of work, we reached out to Sunsuper staff, friends and family and invited those who were impacted by the changing job market to join our team,” Mr Davidson said.

“In early April, we welcomed over 65 new casual staff to the customer engagement team to better support our members. Importantly, we wanted to ensure our members who requested early release, received their money fast.”

The fund has 1.4 million members, employed across a range of different sectors.

Mr Davidson claimed 96 per cent of members making the release claims received their money within one to two business days.

“The early release withdrawals we are seeing are well within our stress testing assumptions. Our prudent fund management means there is sufficient cash to meet all anticipated forward commitments,” Mr Patrick said.

“Our message to members considering early release is to stay invested if they can and explore all of the options that might be available to them for financial support.

“Everyone’s circumstances are different so we recommend members seek advice before deciding to withdraw from their superannuation, though some members are hurting and will find withdrawing some funds may be the most appropriate course.” 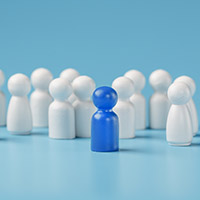