Treasurer Josh Frydenberg has unveiled draft legislation to clean up the superannuation industry as APRA goes after underperforming funds.

The draft legislation, released for consultation on Friday, will implement 22 recommendations and two additional commitments from the royal commission encompassing superannuation, insurance, and financial advice.

“We are on track to meet the accelerated timetable outlined in our implementation roadmap,” Mr Frydenberg said in a statement accompanying the release.

“Through our actions today and over the past 12 months since the final report was released, the government has implemented 16 commitments, has legislation before parliament to implement another eight and has substantially progressed a further 35 which have been, or are currently being, consulted on ahead of their introduction.”

The announcement comes as APRA pledges to expand the Banking Executive Accountability Regime (BEAR) across the superannuation industry and go after underperforming funds.

“Where trustees are unable or unwilling to adequately and promptly address areas of underperformance, APRA supervisors will not shy away from taking more forceful steps to compel action – as indicated, for example, by the imposition of license conditions and issuing of directions for three superannuation entities in the last year."

Ms Rowell also pledged to bring greater transparency to the choice section of the market.

“We would like to see trustees getting on the front foot here, and thinking about how they can improve their own data to facilitate enhanced transparency and robust analysis of performance and outcomes across all of their operations, but particularly for choice products,” Ms Rowell said.

“From APRA’s perspective, if developing the means and methodology to compare 97 MySuper products was a significant challenge, expanding it to include an estimated 40,000 choice products and options is a potentially herculean task. Tackling this challenge will be a major, but very important undertaking for APRA this year given the significance of the choice segment of the industry for member outcomes.” 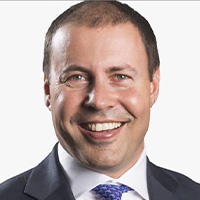