A number of institutional investors have filed a shareholder resolution for BHP’s upcoming annual meeting, urging the mining giant to suspend its memberships with energy industry bodies said to obstruct Australian climate policy.

The resolution has asked that BHP cancel its memberships of bodies where their major function is to undertake lobbying, advertising or advocacy relating to climate and energy policy, and their record of advocacy since January 2018 is inconsistent with the Paris Agreement’s goals.

BHP has committed to the Paris Agreement goals, to keep the average global temperature to below 2 degrees Celsius above pre-industrial levels and to limit the increase to 1.5 degrees Celsius, but the scheme also requires public policy support.

ACCR executive director Brynn O’Brien commented: “While BHP positions itself as a climate champion, it continues to fund aggressive and effective lobbying to block climate policy, including via the Minerals Council of Australia and Coal21.”

Ruud Hadder, responsible investment officer at ACTIAM said his fund expects all mining companies to beyond aligning their policies and activities with the Paris Agreement goals.

“We recognise the positive steps BHP has taken to cut its greenhouse gas emissions from its own business and the use of its products. However, being an industry leader, we expect BHP to oppose public corporate lobbying that aims to prevent legislation addressing climate change and request transparency on such lobbying.”

Vision Super echoed the sentiment, commenting: “For legal and other reasons, the wording of the resolution is quite complex. But the message we are sending BHP is clear – stop funding organisations that are lobbying government to be able to dig up and burn more coal.”

The ACCR noted that in 2017, BHP published a “limited” review of its industry association memberships, which found the World Coal Association, the US Chamber of Commerce and the MCA all had different positions to the company across climate and energy policy areas.

It noted the MCA’s advocacy was in conflict with two of its policy positions, equal prioritisation of the “energy trilemma”: pricing, security of supply and emissions reduction and support of a technology neutral, free market energy mix. 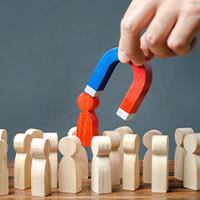