The pace of progress for Australian women’s economic wellbeing slowed to its lowest level since 2014, according to a new index analysis.

When the December result is compared to the FWX progress target of 173.3 points, it shows that on the basis of current trends, the report noted, Australia is still at least a decade away (37 per cent short) from achieving economic equality.

Bianca Hartge-Hazelman, founder of the Women’s Index, said that while three records were broken this year to help drive women’s economic progress in 2018, inequality still remains.

“But disappointingly the rate of progress in educational attainment is not being matched in the labour force, the superannuation gender gap remains too wide and female board appointments stalled in the second half of 2018.”

AFA Inspire National Chair Kate McCallum said it's encouraging to see that the latest Financy Women’s Index score is up, though disappointing that the notch is so small.

"I’m sure many are as frustrated as I am that this is all we can wring out of what must be millions of hours of effort in mentoring, coaching and training,” she said.

"The Index reveals that Australia is screaming out for systemic change. In no other endeavour in business would we continue to invest so much precious time and energy into initiatives that gain so little traction in improving the pathways to women’s economic progress."

The report noted the number of women occupying board positions in the ASX 200 was down slightly to 28.4 per cent from 28.5 per cent in the September quarter, with the pace of progress stalling in the second half of the year.

“Although the percentage of women on the ASX 200 Boards has gone slightly backwards over the period it is fair to say that the financial services industry in particular has been challenged by the high level of regulatory uncertainty,” Connie McKeage, managing director of OneVue said.

“The diversity objective remains top of mind for most Australian listed companies, however, as they continue to strive to get the right people into the right positions the deadline looms. As they say however, better late than never and I remain confident we will get there in this financial year.”

It found participation rate also increased to 60.5 per cent in October, from 60.1 per cent 12 months earlier.

Meanwhile the gender gap in superannuation persisted with women, falling 34 per cent short compared to men at retirement age according to the study.

Despite this, AMP Financial Planning adviser Dianne Charman said 2018 had been a better year for women’s superannuation.

“New measures like the rollover of unused concessional contribution caps have the potential to make a big dent in the gap between men and women’s average super balances over time,” Ms Charman said.

“Changes like this directly address the issue of women’s interrupted work patterns.”

The finance services sector scored the largest pay gap of any Australian industry in 2017–2018, at 30.3 per cent for full-time remuneration, as shown by the government’s Workplace Gender Equality Agency.

Australia saw the largest single year drop in its pay gap for the past five years, with the divide in total full-time remuneration falling by 1.1 per cent to become 21.3 per cent. Men were found to be paid $25,717 more than women on average.

The three biggest employers of women in terms of growth rates over 2018 were said to be Construction up 23 per cent, followed by Public Administration and Safety up 22 per cent and Mining up 20 per cent.

More women were found to be studying beyond high school and male-dominated technical fields, which tend to provide pathways to higher paying careers, are increasingly sough after.

The latest data from the Department of Education showed there were more than 839,000 women and over 673,000 men in student enrolments in 2017, representing the majority, at 55 per cent against 45 per cent.

Shane Oliver, chief economist at AMP Capital, said that while it was pleasing to see that the economic wellbeing of women is continuing to improve, more needs to be done to support women in the workforce.

“Higher levels of female participation in tertiary education along with changing community attitudes and expectations provide confidence that this will continue,” he said.

“But we need to do more in making it easier for women to participate as much as they would like in the workforce and to ensure they receive all the same opportunities and rewards as men.” 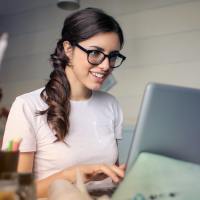