The Association of Superannuation Funds of Australia (ASFA) has published a white paper highly critical of any move towards a Chilean-style tender process for default fund selection.

The ASFA report, titled The Chilean pension tender model, has been published ahead of the release of the Productivity Commission's draft report on alternative default models later this month.

The Productivity Commission inquiry into alternative default models is being run concurrently by with a second inquiry into superannuation competitiveness and efficiency, both of which stem from recommendations by the Financial System Inquiry (FSI) that were accepted by the Coalition government.

Depending on the outcome of the superannuation competitiveness and efficiency inquiry, the government will refer to the alternative default models inquiry to assess "measures to improve the efficiency and competitiveness of the current system".

One of the alternative models considered by the FSI was a 'reverse auction' tender process for the selection of default funds based low fees, a system that was instated in the Chilean pension system in 2008.

According to the Grattan Institute report Super Sting, since the implementation of the tender process in Chile the fee paid by new default account holders has fallen by 65 per cent.

In its report released yesterday, ASFA said the Chilean model has in fact failed to increase competition among the "very small number" of pension fund administrators in the country (AFPs).

"The tender process has led to lower fees among those AFPs that have won the tender," acknowledged ASFA.

"However, the focus on fees by AFPs that win the tender risks compromising their net returns and the quality of their member services.

"Over the longer term, the tender process risks a ‘race to the bottom’ among funds to reduce fees at the expense of returns and member services."

ASFA argued that a Chilean-style tender process would be inappropriate for the Australian superannuation system.

"Chilean funds do not offer the range and complexity of services provided by Australian funds. Adoption of a tender model in Australia would likely lead to a significant reduction in the range and quality of products and services offered to members," said the report.

The Association of Superannuation Funds of Australia (ASFA) has published a white paper highly critical of any move towards a Chilean-style tender process for default fund selection. 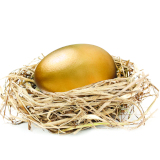