The new asset test for the age pension, coming into effect on 1 January 2017, will have a "significant impact" on the retirement adequacy of Australian couples, according to a new report.

Willis Towers Watson has conducted joint research with the University of Melbourne, which projected the retirement income for a representative sample of the Australian population (11,815 people aged 25 to 64).

The research, which is based on data collected in 2014 for the Household, Income and Labour Dynamics in Australia (HILDA) report, has found that new asset test rules for age pension eligibility will leave couples worse off.

The HILDA data, which was released in December 2015, found that the percentage of couples projected to reach or exceed the Association of Superannuation Funds of Australia's (ASFA's) 'comfortable' retirement income target in 2010 was 53 per cent.

Under the existing age pension asset test rules, the percentage of couples projected to meet or exceed the ASFA benchmark had risen to 62 per cent by 2014.

The report attributed the rise primarily to the strength of investment markets between 2010 and 2014.

However, under the new asset test rules for the age pension (legislated in 2016 and set to apply from 1 January 2017) the percentage of couples and singles who would meet or exceed the ASFA benchmark in 2014 was 51 per cent and 37 per cent, respectively.

"Under the changes to the assets test, the taper rate will double from $1.50 to $3.00 per fortnight for each $1,000 of assessable assets above a minimum threshold, meaning that eligibility for partial age pension payments phases out more rapidly and at lower amounts than previously," said the report.

Commenting on the report's findings, Willis Towers Watson senior consultant John Burnett said many Australians may not be aware of the effect of the age pension asset test changes.

"If Australians are to be encouraged to plan for retirement in advance, they need greater certainty on the level and availability of the age pension that will be payable to them once they retire," said Mr Burnett.

The new asset test for the age pension, coming into effect on 1 January 2017, will have a "significant impact" on the retirement adequacy of Australian couples, according to a new report. 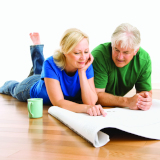