Fidelity International’s annual ESG Analyst Survey has found signs of year-on-year progress towards net zero. However, it confirmed there's still a long way to go towards the goal of a more sustainable economy.

>According to the survey, Europe continues to lead in the transition towards net zero with the highest proportion of companies “leading the charge”, and although China has the smallest proportion of companies progressing towards net zero goals, Fidelity analysts have found that more than half of Chinese companies are starting to implement change, with 70 per cent considering a transition to a low-carbon economy.

Fiona O’Neill, head of strategic initiatives and global investment research at Fidelity International commented that they have found “tangible signs” of corporate progress towards net zero in 2022, despite geopolitical issues such as the war in Ukraine and immediate demands for substitute fossil fuels, including coal, to mitigate higher prices.

“The positive trajectory of China’s transition shows that Chinese companies are responding positively to increasing investor awareness and top-down cues after Beijing’s 2020 announcement that it is targeting net zero by 2060,” Ms O’Neill said.

She added that “many businesses are still early in their ESG journey and have a long way to go,” and that while progress is slower than they prefer, “it is happening.”

“As a business, we continue to focus on identifying those companies taking concrete actions and continue allocating capital to where we believe it can do the most good,” Ms O’Neill said.

Fidelity’s analysts also found that there are more opportunities than risks in the green transition, particularly in the long term.

Japan is a stand-out example, with analysts highlighting noteworthy opportunities expected to develop in autos, consumer staples and semiconductors over the next 10 years. China is currently leading in areas such as solar panels and are also likely to benefit from green opportunities.

Ms O’Neill continued: “A key theme we are watching is that of a ‘just transition’. This is the idea that the move to a greener economy risks adversely impacting some individuals and communities, such as those working in the fossil fuel industry, and that efforts should be made to mitigate such risks.”

She stated that Fidelity analysts are seeing “signs of incremental progress” with a larger proportion of businesses announcing initiatives to promote a “just transition” by supporting displaced employees.

Social topics such as employee welfare and diversity have also been discussed with boards and management along with greenhouse gas emissions over the last year, the survey has found.

Ms O’Neill remarked that due to disruptions over the past 12 months, “supply chains are in focus”, particularly labour concerns, which “showed the largest increase in mentions by the analysts.”

“But the natural world is a key concern and, from a low base, biodiversity features in 26 per cent of analysts’ conversations, with our team expecting that to rise in the year ahead,” Ms O’Neill added.
'Long way to go' to achieving net zero despite recent progress, ESG survey finds

Fidelity International’s annual ESG Analyst Survey has found signs of year-on-year progress towards net zero. However, it confirmed there's still a long way to go towards the goal of a more sustainable economy. 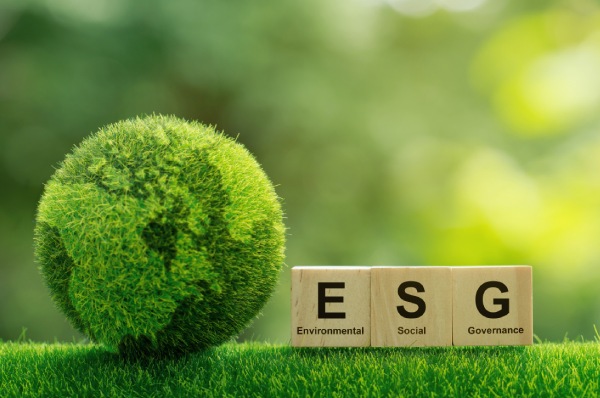