‘The banks think that no one is watching’

A survey of staff from Australia’s largest financial institutions shows that banking culture has only festered since the excoriating experience of the royal commission.

Participants in focus groups organised by the Finance Sector Union (FSU) “overwhelmingly disagreed” that the sales-based culture of Australia’s big four banks had changed in the wake of the royal commission, with many claiming that things were worse than ever.

“That’s untrue. Certainly untrue, especially for NAB. The literal opposite of what they’re doing at the moment. We’re still pushed to get targets, behaviours and actually targets,” said one participant, responding to a statement made by Australian Banking Association (ABA) chief Anna Bligh that “the linking of remuneration and bonuses to direct sales targets has been abolished”.

Others rejected statements that ethics had changed (“They’ve put all the executives through leadership courses which has cost big $$$$$. Career banker training that every single person in NAB should do but they’ve only started with the senior executives.”) and that scorecards were no longer biased towards financial metrics.

“The culture is so bad that lenders are leaving, even staff who are close to retirement are leaving to unemployment. If anything since the RC things have just gotten worse. The banks think that no one is watching since the Royal Commission they’re just slipping things back in and it’s now worse than ever,” said one participant.

“We have a massive problem with bullying and harassment because people will do anything to meet their targets,” said another.

The focus groups were carried out by the FSU as part of its submission to Stephen Sedgwick’s review of his own retail banking remuneration report, which was commissioned by the ABA. The number of participants is not shown in the report seen by InvestorDaily, while the report itself notes that a number of sessions were cancelled due to a “large drop-off in attendance”.

“Banks are committed to improving culture and remuneration arrangements. The current Sedgwick review is an important opportunity to take stock of the progress made so far,” an ABA spokesperson told InvestorDaily.

“In recent months, Mr Sedgwick has been conducting staff surveys to inform his review. He’s also been meeting with the Finance Sector Union and regulators before delivering his final report.”

‘The banks think that no one is watching’ 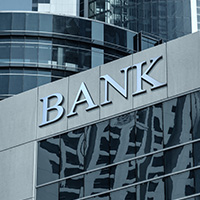