PNG’s royal commission into a UBS loan has been delayed after a dispute over tax clearance certificates.

The Acting Commissioner General (ACG) of PNG’s Internal Revenue Commission has failed to provide tax clearance certificates to the Australian commissioner, QC John Gilmour, and other key personnel – something that the commissioner says could bring the process “to a halt.”

Without the certificates, payments cannot be made to the bank accounts of Mr Gilmour or the Australian counsel assisting, and preparatory work required for the commission to go ahead cannot be completed.

The reason provided by the ACG is that the commission has not yet “commenced”, despite Prime Minister James Marape signing the formal instrument establishing the commission on 31 August 2019.

Mr Gilmour called the ACG’s position “plainly incorrect”, and noted that tax certificates had been provided from the get-go in three previous commissions.

The commission provided a legal analysis to the ACG proving that his position is incorrect. In his response, the ACG said he was prepared to reconsider his decision, but that future payments will be dealt with on a case-by-case basis – something that the commission says is also “unacceptable”.

The royal commission has also encountered other obstacles, including the fact that counsel assisting have not been admitted to practice in PNG and funding, although approved by the Prime Minister, has not yet been provided.

Mr Gilmour was also only given a 30-day entry visa to PNG, while the work of the royal commission will take at least six months.

The royal commission began after Swiss bank UBS loaned $1.2 billion to Papua New Guinea to buy a stake in the company Oil Search shortly before oil prices tanked. The loan has since been wracked with controversy, with allegations that the approval process broke multiple laws.

Australian legal professionals were brought onboard for the royal commission due to the international nature of the case. 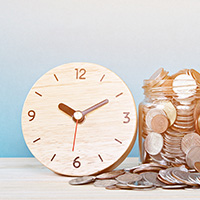