In a published submission, AFCA has welcomed the new ASIC product intervention powers that will enhance the commission’s regulatory toolkit.

The new product intervention power will enable ASIC to take a proactive approach to reducing the risk of significant consumer detriment and would allow for a more timely and targeted intervention.

In a response to the ASIC consultation AFCA said it strongly welcomed the new powers that would enhance the ability for the commission to make proactive interventions.

“The product intervention power allows ASIC to apply a fairness lens over the conduct of financial firms in their assessment of whether a product has, will, or is likely to result in significant consumer detriment,” said AFCA.

ASIC consultation paper 313 was released in June with the aim to produce the regulatory guide for the product intervention power update by September.

The enhanced powers come as the Financial System Inquiry found in its last report that ASIC was limited in its regulatory toolkit, in particular it found ASIC could only take action to rectify significant consumer detriment following a breach and could only do so on a firm-by-firm basis.

The proactive power for ASIC will allow the commission to intervene if a product has or is likely to result in a significant detriment to consumers, there does not need to be a breach of the law for them to exercise this power.

The new powers will bring ASIC in line with other jurisdictions like the US, EU and UK who all have similar product intervention powers.

Unlike the UK system though the Australian one is more circumscribed as ASIC can only make temporary product intervention orders and any permanent rules require Ministerial approval.

“We believe this new power will enhance ASIC’s ability to make proactive interventions in response to financial products that deliver poor consumer outcomes, irrespective of whether the financial firm has complied with legislative or regulatory requirements.,” he said.

Mr Locke also believe there was a role for AFCA to help ASIC in the use of this new product power.

“There is potential for AFCA to act as a facilitator in informing ASIC of problem areas within the financial services industry through the intelligence we gather in our complaint handling processes, and systemic issues and serious contravention reporting functions,” he said. 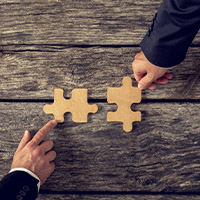