The government is set to reintroduce legislation that will require the big four banks to participate fully in the credit reporting system with new changes.

In 2017 then Treasurer Scott Morrison announced a bill that would require the big four banks to participate fully in the mandatory comprehensive credit reporting regime.

The legislation passed the House of Representatives but had not passed the Senate prior to the dissolution of parliament due to the election.

The revised bill has introduced a new category of information within credit reporting, enabling hardship information to be reporting alongside repayment history information.

“Proposed changes to the Privacy Act will make sensible changes to allow for transparent and responsible lending practices where people are subject to hardship arrangements,” Mr Porter said.

“The amendments will benefit consumers by making sure credit products are suitable, and ensuring consumers are encouraged to seek hardship arrangements if they are struggling to meet repayments under their credit contract.”

The draft legislation has just been released for public consultation which will introduce these changes.

“These changes balance the needs of both credit providers and consumers. They are intended to give credit providers relevant information about consumers who are in financial hardship, or have recently experienced hardship, in order to facilitate better and informed lending decisions,” said Mr Porter.

The consultation period is open until September with interested parties welcome to comment on the draft legislation. 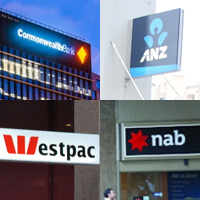