The Australian Financial Complaints Authority has been authorised by the government, with financial firms and superannuation trustees given until 21 September 2018 to sign up.

ASIC will oversee the operation of the new 'one-stop-shop' dispute resolution body and receive reports including about systemic issues and serious contraventions by financial firms.

The corporate regulator released a statement welcoming the authorisation of the scheme.

“It will operate significantly higher monetary and compensation limits for consumer and small business complainants, as well as provide enhanced access to free dispute resolution for primary producers.”

The ten members of AFCA's board of directors was reported by InvestorDaily on Tuesday.

Current members of all three schemes (FOS, CIO and SCT) will have to become AFCA members by 21 September 2018, but also maintain their existing membership with and pay fees for their current EDR scheme “until further notice,” said ASIC.

AFCA will begin taking complaints from 1 November. Until then, consumers can continue to lodge complaints with FOS and CIO.

Complaints lodged to FOS and CIO before 1 November, but unresolved before that date, will then be dealt with by AFCA “under the Rules/Terms of Reference that applied when the complaint was originally made”.

Superannuation members, along with any other eligible complainants, can continue to lodge complaints with the SCT up to and including 31 October.

“Complaints that have been lodged with the SCT before 1 November 2018 will not be able to be transferred to AFCA,” said ASIC. 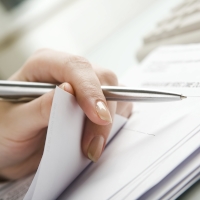