The Federal Court has approved ANZ’s settlement with ASIC in the bank bill swap rate action, with ANZ agreeing to pay $50 million and accepting it attempted to engage in “unconscionable conduct”.

ANZ has had its in-principle agreement with ASIC to settle the regulator's bank bill swap rate (BBSW) court action approved by the Federal Court.

The Statement of Agreed Facts lodged with the Federal Court used the same language as the previous NAB settlement: namely, that traders from the bank "attempted" to engage in unconscionable conduct by manipulating the BBSW.

ANZ has also entered into an enforceable undertaking with ASIC, whereby an "independent expert" will be appointed to review controls, policies, training and monitoring of BBSW trading.

"ANZ has acknowledged that, in the course of trading on the BBSW market, a small number of traders attempted to engage in unconscionable conduct on 10 dates between September 2010 and February 2012," said ANZ in a statement posted on the ASX on Friday afternoon.

"ANZ also did not have in place adequate policies and systems to monitor trading and communications of its BBSW traders.

"There has been no allegation by ASIC of collusion between ANZ and other institutions."

The bank's chief risk officer, Nigel Williams, said, "We know our customers and the community expect better from us and we apologise for both the attempted unconscionable conduct and our inability to prevent or detect the behaviour." 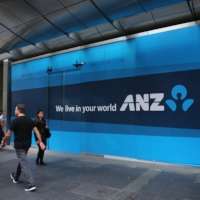