The Australian Bankers’ Association has called on Treasurer Scott Morrison to release more information on the new $6.2 billion bank levy, including Treasury’s modelling on the economic impacts.

In a letter to the Treasurer, Australian Bankers’ Association (ABA) chief executive Anna Bligh said the organisation wanted to work alongside Treasury to ensure the best policy outcome for all interested parties.

“Naturally, the management and investors of regulated entities are keenly focused upon policy and regulatory changes of material significance to business operations and profitability,” she said.

“The industry wants to understand the levy’s policy objectives, consult with your department on the final design of this major policy measure, and seeks a commitment from Treasury to demonstrate full fidelity to final obligations.”

Ms Bligh sought feedback from the Treasury regarding its modelling on the economic impacts of the levy, the technical analysis used to design the tax and its broader modelling, including “assumptions of the total revenue projections to be collected by the bank levy over the forward estimates”.

“The ABA seeks this information by 5pm Tuesday, 16 May 2017. This will assist in the industry providing feedback to Treasury on the draft legislation, which we expect to receive on Wednesday, 17 May 2017 with 24 hours to respond,” she said.

“The ABA believes releasing the analysis we have requested today is one small step to ensuring we can limit the unintended consequences and economic harm to Australians of what is clearly a hastily designed tax.”

Ms Bligh said the banks were concerned about potential unintended consequences of the new levy and that the "truncated" consultation with the industry will make it difficult to introduce the tax by the proposed implementation date of 1 July 2017.

“This process is already breaking all the rules and conventions about major taxation implementation, including no prior consultation, no exposure draft legislation for public comment and an extraordinarily brief timetable before a hastily designed tax is presented to the Parliament," Ms Bligh said.

“Disastrous unintended consequences could flow from this rush.”

Shareholders vote to remove Praemium board

The Australian Bankers’ Association has called on Treasurer Scott Morrison to release more information on the new $6.2 billion bank levy, including Treasury’s modelling on the economic impacts. 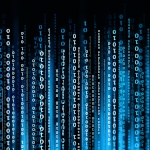